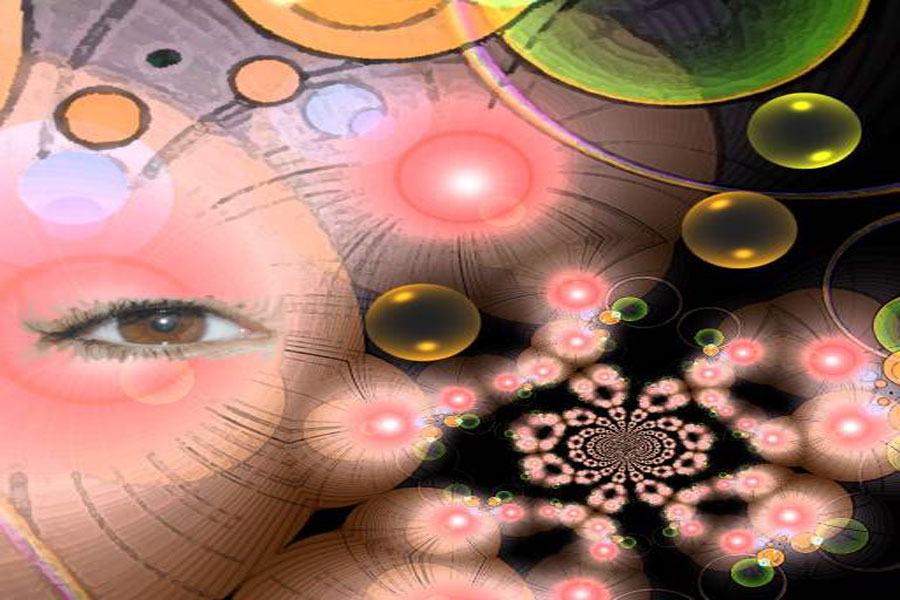 Explanation: Do nearly exact copies of you exist in other universes? If one or more of the multiverse hypotheses is correct, then quite possibly they do. In the above computer-enhanced illustration, independent universes are shown as independent circles or spheres. Spheres may be causally disconnected from all other spheres, meaning no communications can pass between them. Some spheres may contain different realizations of our universe, while others may have different physical laws. An entire set of parallel universes is called a multiverse. The human eye might represent the possibility that realizations of some multiverse hypotheses might only exist in the human mind. One criticism of multiverse hypotheses is that they are frequently difficult to test. Some multiverse hypotheses may therefore be great fun to think about but not practically falsifiable and therefore have no predictive scientific value.