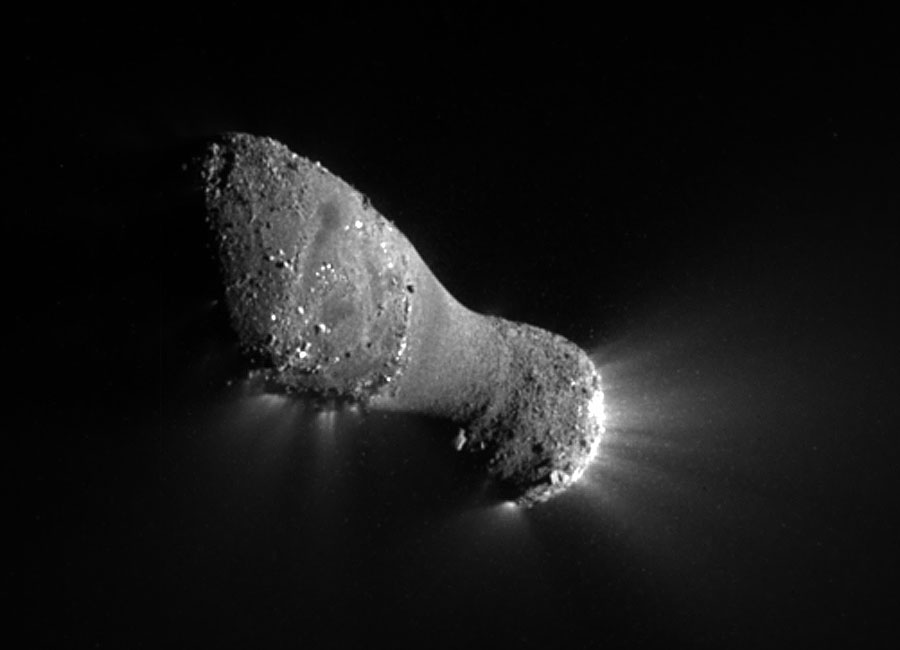 Explanation: What kind of comet is this? Last week, NASA's robotic EPOXI spacecraft whizzed past Comet 103P/Hartley, also known as Comet Hartley 2, and recorded images and data that are both strange and fascinating. EPOXI was near its closest approach -- about 700 kilometers away -- when it snapped the above picture. As expected, the comet has indeed shown itself to be a tumbling iceberg orbiting the Sun between Earth and Jupiter. However, unexpected features on the images have raised many questions. For example, where are all the craters? Why is there a large smooth area around the middle? How much of Comet Hartley 2 is a loose pile of dust and ice shards? Future analyses and comparisons to other comet nuclei may answer some of these questions and, hopefully, lead to a better general understanding of comets, meteors, and the early Solar System.