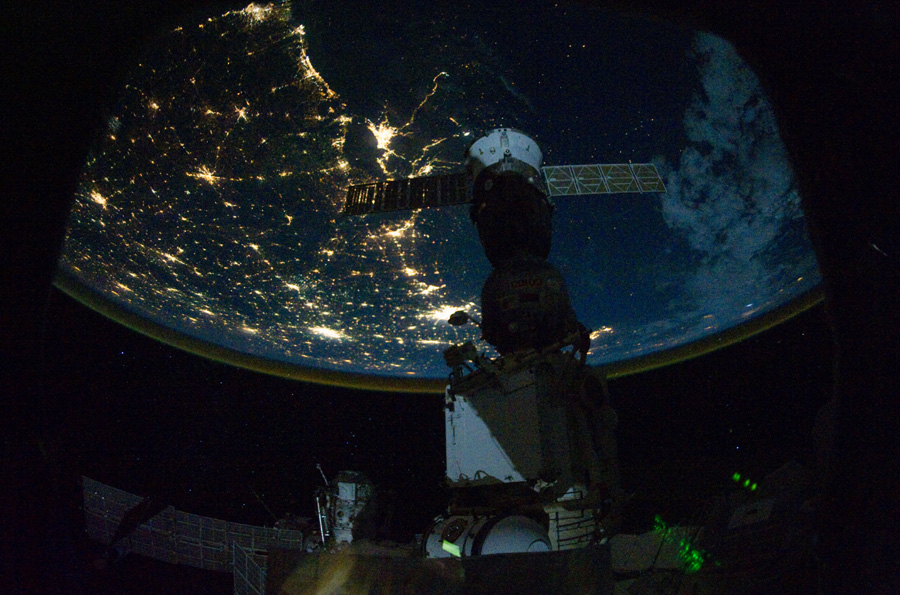 Explanation: Constellations of lights sprawl across this night scene, but they don't belong in the skies of planet Earth. Instead, the view looks down from the International Space Station as it passed over the United States along the northern Gulf Coast on October 29. A Russian Soyuz spacecraft is docked in the foreground. Behind its extended solar panels, some 360 kilometers below, are the recognizable city lights of New Orleans. Looking east along the coast to the top of the frame finds Mobile, Alabama while Houston city lights stand out to the west, toward the bottom. North (left) of New Orleans, a line of lights tracing central US highway I55 connects to Jackson, Mississippi and Memphis, Tennessee. Of course, the lights follow the population centers, but not everyone lives on planet Earth all the time these days. November 2nd marked the first decade of continuous human presence in space on board the International Space Station.