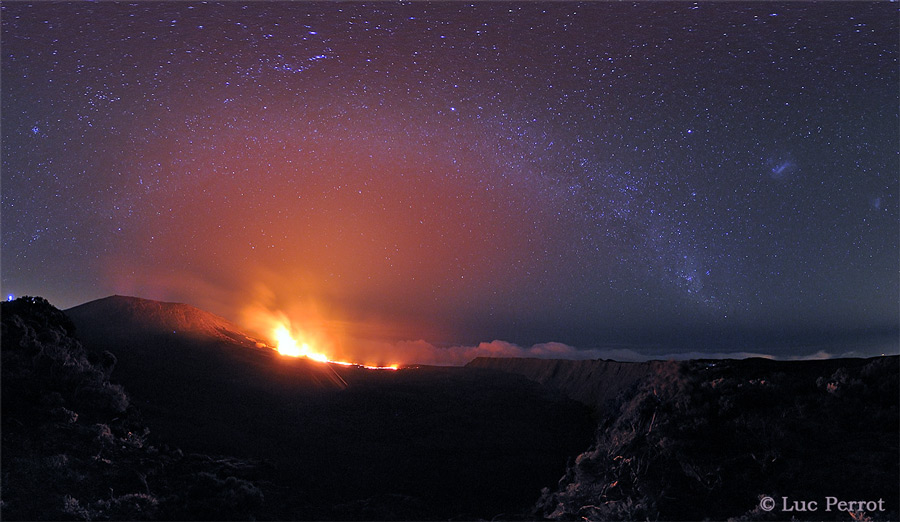 The Milky Way Over the Peak of the Furnace
Credit & Copyright: Luc Perrot

Explanation: On Reunion Island, it is known simply as "The Volcano." To others, it is known as the Piton de la Fournaise, which is French for the Peak of the Furnace. It is one of the most active volcanoes in the world. The Volcano started a new eruption last month by spewing hot lava bombs as high as 10 meters into the air from several vents. Pictured above, the recent eruption was caught before a star filled southern sky, appearing somehow contained beneath the arching band of our Milky Way Galaxy. Also visible in the background sky is the Pleiades open star cluster, the constellation of Orion, the brightest star Sirius, and the neighboring Large and Small Magellanic Cloud galaxies. (Can you find them?) The Piton de la Fournaise erupted for months in 2006, and for days in 2007, 2008, and in January of 2010. Nobody knows how long the current eruption will last, or when The Volcano will erupt next.