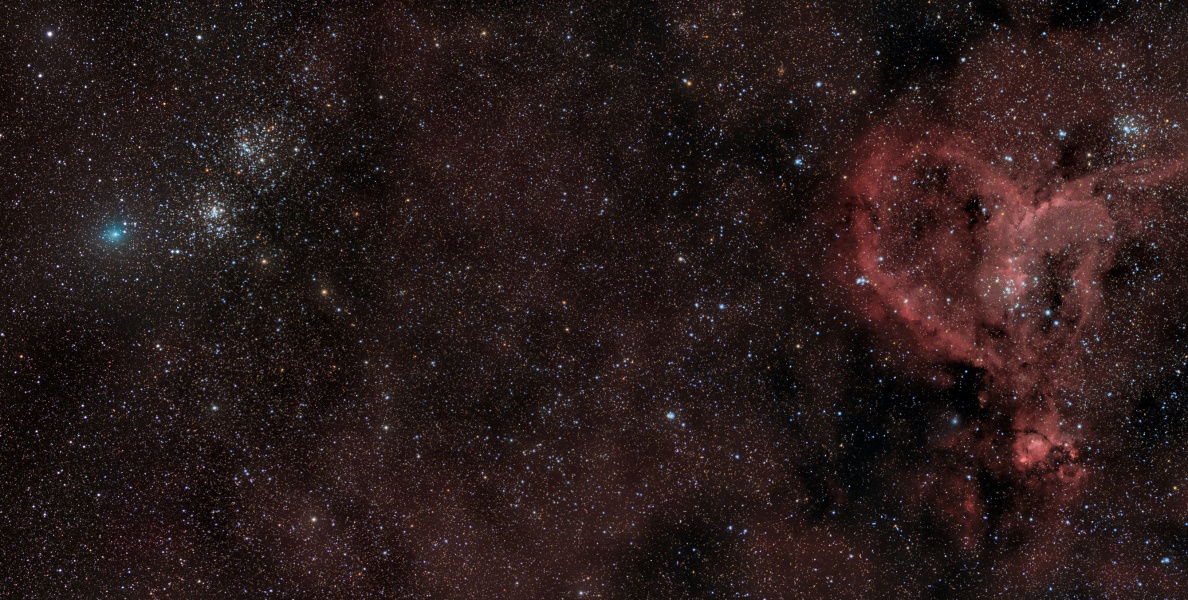 Explanation: An alluring Comet Hartley 2 cruised through planet Earth's night sky on October 8, passing within about a Full Moon's width of the famous double star cluster in Perseus. The much anticipated celestial photo-op was recorded here in a 3 frame mosaic with greenish comet and the clusters h and Chi Persei placed at the left. The well-chosen, wide field of view spans about 7 degrees. It extends across the constellation boundary into Cassiopeia, all the way to the Heart Nebula (IC 1805) at the far right. To capture the cosmic moment, a relatively short 5 minute exposure was used to freeze the moving comet in place, but a longer exposure with a narrow-band filter was included in the central and right hand frames. The narrow-band exposure brings out the fainter reddish glow of the nebula's atomic hydrogen gas, in contrast to the cometary coma's kryptonite green. In the past few days, comet watchers have reported that Hartley 2 has become just visible to the unaided eye for experienced observers from dark, clear sites. On October 20, the comet will make its closest approach to Earth, passing within about 17 million kilometers. On November 4, a NASA spacecraft will fly by the comet's small nucleus estimated to be only 1.5 kilometers in diameter.