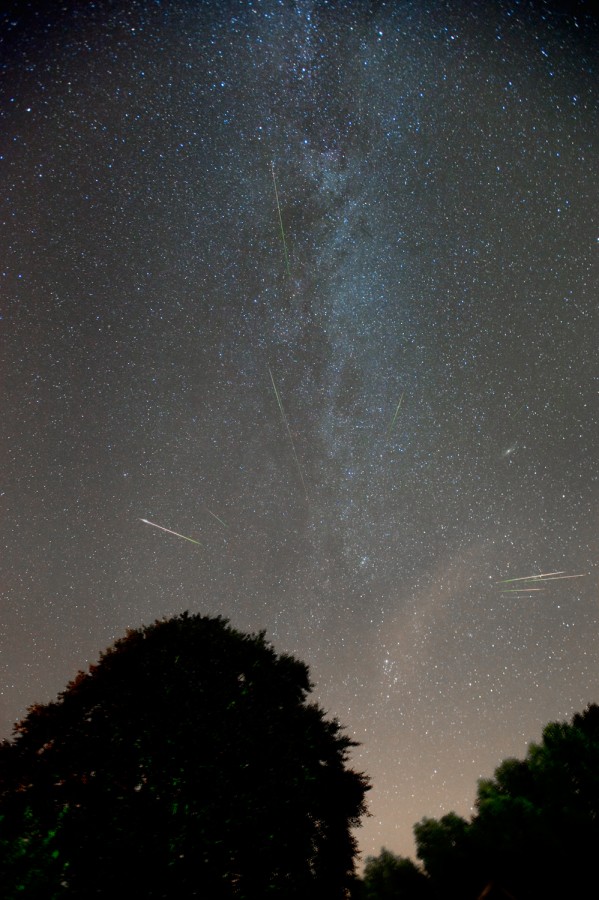 Explanation: On the night of August 12, from moonset until dawn was a good time to see meteors. Enthusiasts watched as comet dust rained on planet Earth, streaking through dark skies during the annual Perseid Meteor Shower. Anticipating the shower approaching its peak, astronomer Marco Verstraaten recorded a series of exposures capturing meteors over a period of 6 hours using a wide angle lens from a not-so-dark site in the Netherlands. Combining them still produced this dramatic night sky view with many colorful meteor streaks. The starry backdrop includes the Milky Way and even the faint Andromeda Galaxy, right of center. Although the comet dust particles are traveling parallel to each other, the shower meteors clearly seem to radiate from a spot on the sky in the eponymous constellation Perseus. The radiant effect is due to perspective, as the parallel tracks appear to converge at a distance. Bright stars in Perseus extend into the gap between the foreground trees.