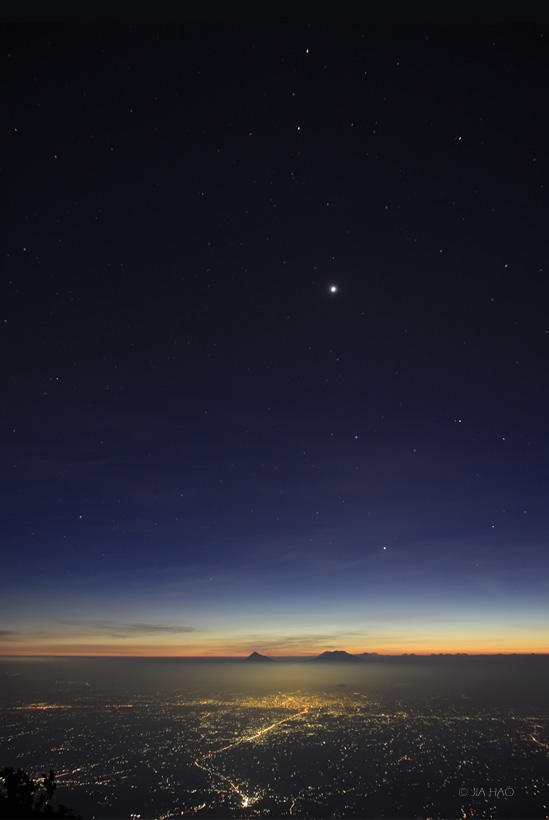 Explanation: This mesmerizing sunset photo was taken from the summit of volcanic Mount Lawu, 3,265 meters above sea level, on July 21. The view looks west, toward the city lights of Surakarta (aka Solo), Central Java, Indonesia. Two other volcanic peaks, sharp Merapi (left) and Merbabu lie along the colorful horizon. Four planets shine in the twilight sky above them. Spread out near the plane of the ecliptic are Mercury, Venus, Mars, and Saturn, along with bright Regulus, alpha star of the constellation Leo. For help finding them, just put your cursor over the picture. In fact, these four planets still shine in western skies at sunset, with Venus, Mars, and Saturn grouped much more tightly this weekend and in early August. By August 12, a young crescent Moon will join the four planet sunset.