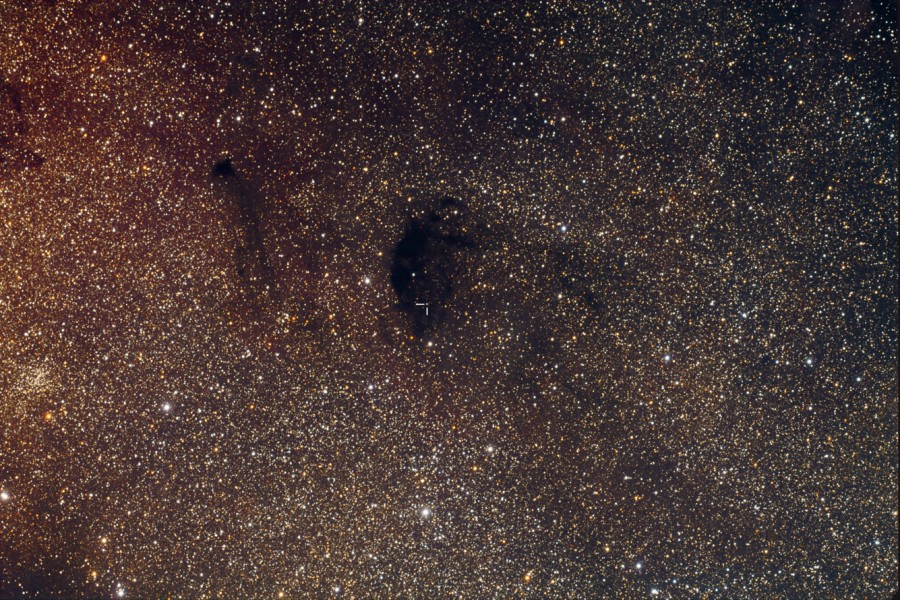 Explanation: Dim, distant, dwarf planet Pluto can be hard to spot, especially in recent months as it wanders through the crowded starfields of Sagittarius and the central Milky Way. But fortunately for backyard Pluto hunters, it crossed in front of a dark nebula in early July. The diminutive world is marked with two short lines near the center of this skyscape recorded from New Mexico Skies on July 5. Pluto stands out only because obscuring dark nebula Barnard 92 (B92) blocks the background of the Milky Way's congeries of faint, innumerable stars. Another of astronomer E. E. Barnard's cataloged dark markings on the sky, B93, is easy to pick out just left of B92. Prominent at the lower left is open star cluster NGC 6603. In fact, Pluto, dark nebulae, and star cluster all lie within a portion of M24, also known as the Sagittarius Star Cloud, filling most of the frame.