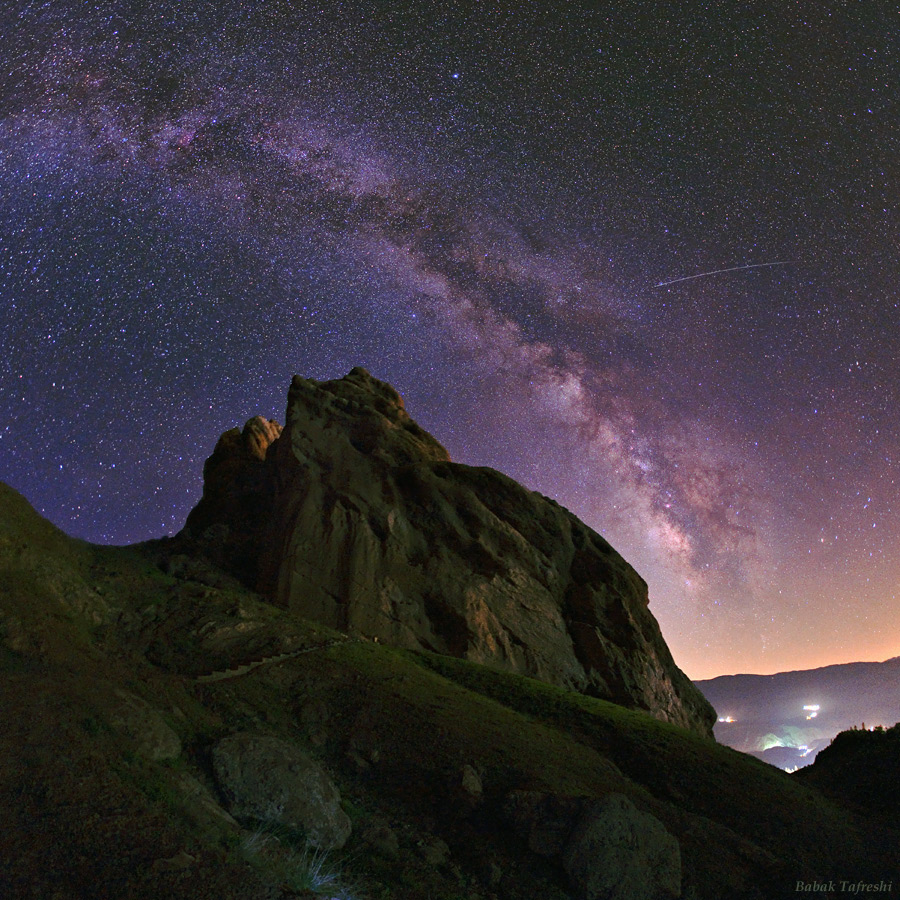 Explanation: A meteor's streak and the arc of the Milky Way hang over the imposing mountain fortress of Alamut in this starry scene. Found in the central Alborz Mountains of Iran, Alamut Castle was built into the rock in the 9th century. The name means Eagle's Nest. Home of the legendary Assassins featured in the adventure movie Prince of Persia, Alamut was also historically a center for libraries and education. For a time, it was the residence of important 13th century Persian scholar and astronomer Nasir al-Din al-Tusi. To identify the stars in a night sky Tusi certainly pondered, just slide your cursor over the image. Highlights include bright white stars Deneb (in Cygnus), Vega, and Altair, nebulae near the Galactic Center, and the dark obscuring dust clouds of the Milky Way also known as the Great Rift. Lights at the lower right are from small villages and the capital Tehran, over 100 kilometers away to the southwest.