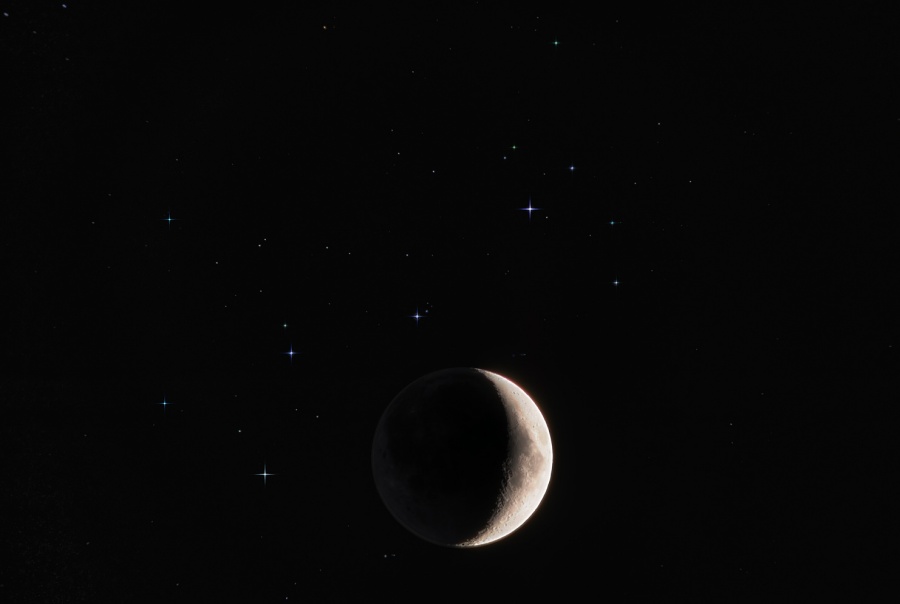 Explanation: A young crescent Moon shares the western sky with sister stars of the Pleiades cluster in this pretty, evening skyscape recorded on the March equinox from San Antonio, Texas. In the processed digital image, multiple exposures of the celestial scene were combined to show details of the bright lunar surface along with the Pleiades stars. Astronomical images of the well-known Pleiades often show the cluster's alluring blue reflection nebulae, but they are washed-out here in the bright moonlight. Still, during this particular night, skygazers in South and Central America could even watch the 5 day old Moon occult or pass in front of some of the brighter Pleiades stars.