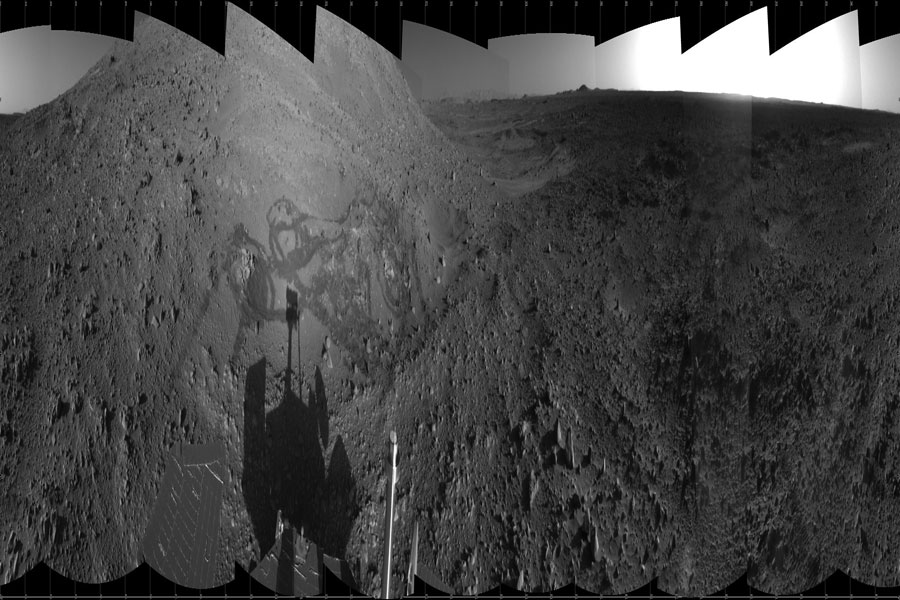 Explanation: Is it art? If so, the paintbrush was the Spirit robotic rover, the canvas was the soil on Mars, and the artists were the scientists and engineers of the Mars Exploration Rover Mission. This panoramic picture, created in 2004 and shown above compressed horizontally, was mostly unintentional -- the MERS team was primarily instructing Spirit to investigate rocks in and around Hank's Hollow in a location called Engineering Flats on Mars. After creating the ground display with its treads, the Spirit rover was instructed to photograph the area along with itself in shadow. In 2010 as winter approaches in northern Mars, Spirit, still mired in sand, has been placed in an energy saving "hibernating" mode until spring arrives and more direct sunlight might be used to power the robotic explorer.