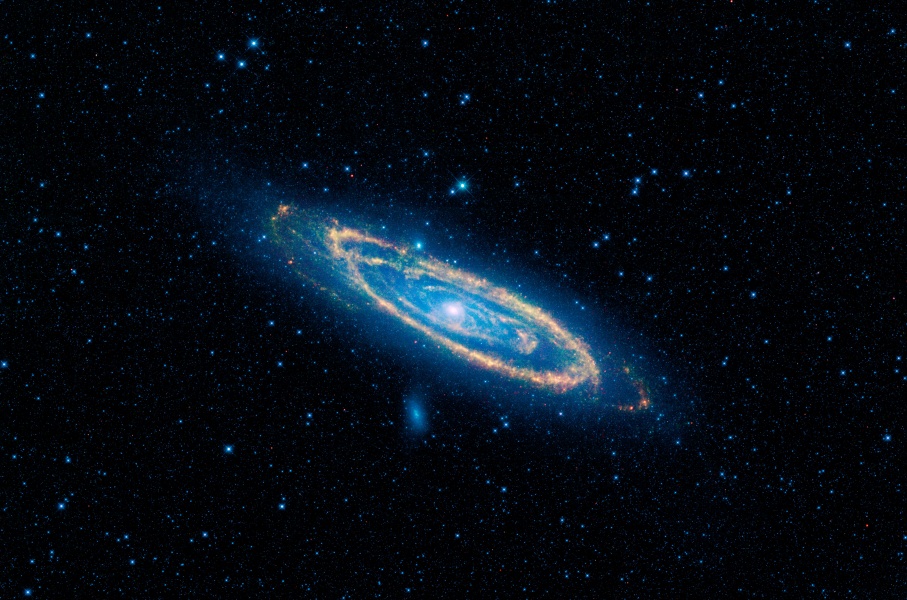 Explanation: This sharp, wide-field view features infrared light from the spiral Andromeda Galaxy (M31). Dust heated by Andromeda's young stars is shown in yellow and red, while its older population of stars appears as a bluish haze. The false-color skyscape is a mosaic of images from NASA's new Wide-field Infrared Survey Explorer (WISE) satellite. With over twice the diameter of our Milky Way, Andromeda is the largest galaxy in the local group. Andromeda's own satellite galaxies M110 (below) and M32 (above) are also included in the combined fields. Launched in December 2009, WISE began a six month long infrared survey of the entire sky on January 14. Expected to discover near-Earth asteroids as well as explore the distant universe, its sensitive infrared detectors are cooled by frozen hydrogen.