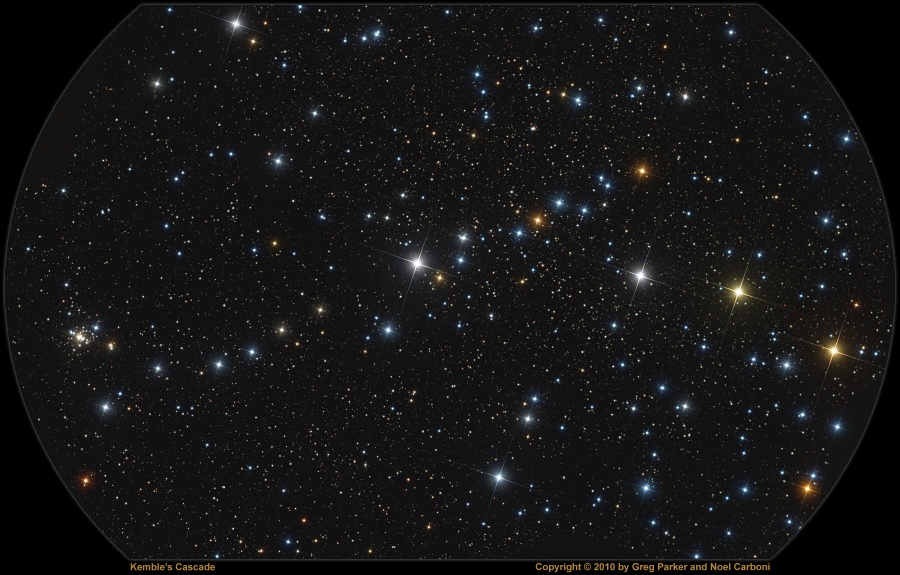 Explanation: An asterism is just a recognized pattern of stars that is not one the 88 official constellations. For example, one of the most famous (and largest) asterisms is the Big Dipper within the constellation Ursa Major. But this pretty chain of stars, visible with binoculars towards the long-necked constellation of Camelopardalis, is also a recognized asterism. Known as Kemble's Cascade, it contains about 20 stars nearly in a row, stretching over five times the width of a full moon. Tumbling from the upper right to lower left in the picture, Kemble's Cascade was made popular by astronomy enthusiast Lucian Kemble. The bright object at the lower left is the relatively compact open cluster of stars, NGC 1502.