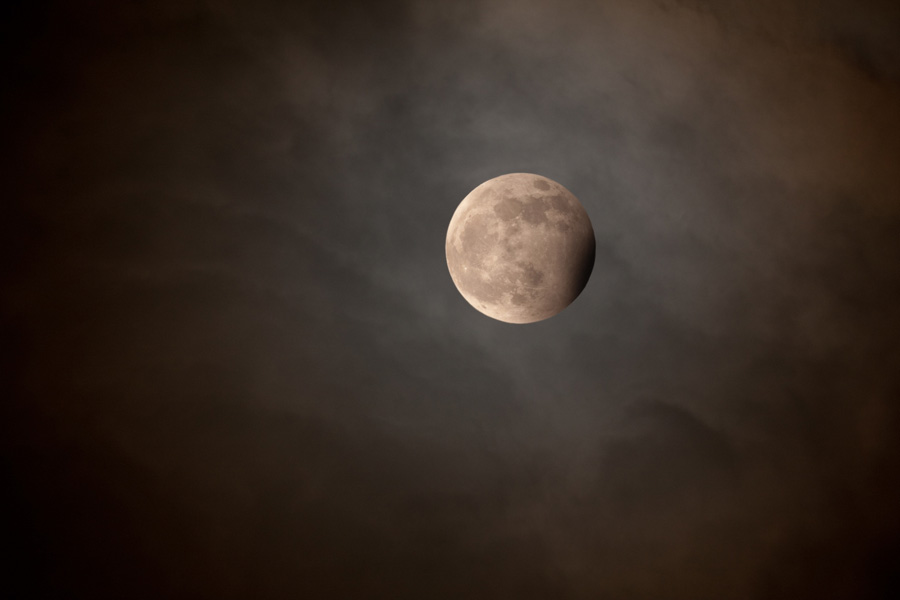 Explanation: The International Year of Astronomy 2009 ended with a Blue Moon and a partial lunar eclipse, as the second Full Moon of December grazed the Earth's shadow on December 31st. The New Year's Eve Blue Moon eclipse was visible throughout Europe, Asia, Africa and parts of Alaska, captured in this two exposure composite in cloudy skies over Saint Bonnet de Mure, France. Playing across the Moon's southern reaches, the edge of Earth's umbra, or dark central shadow, appears on the right side along with the prominent ray crater Tycho. At maximum eclipse, the umbra covered only about 8 percent of the diameter of the lunar disk.