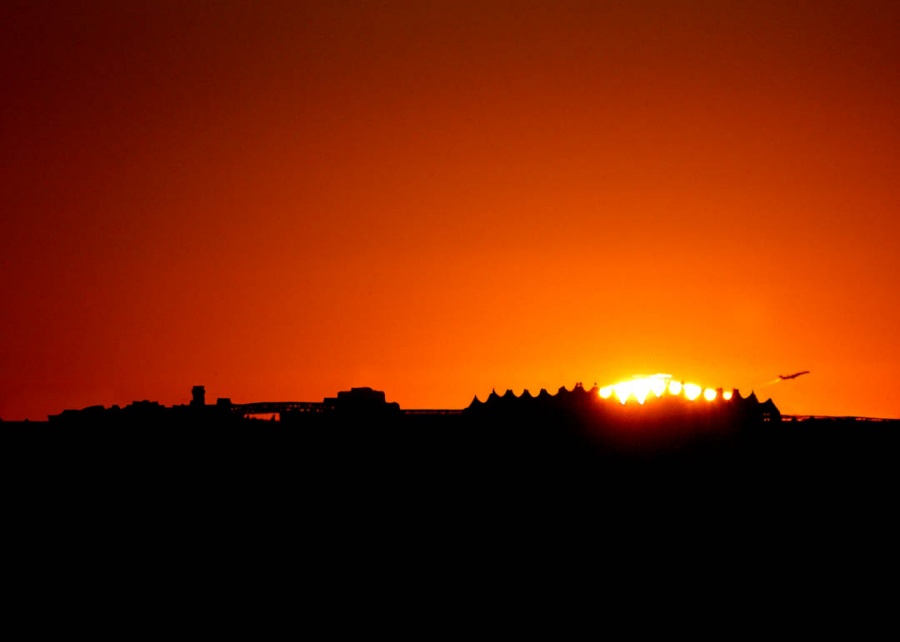 Explanation: What's 93 million miles away and still hurts your eyes when you look at it? The answer is not the Denver International Airport, known to some travelers as DIA. But DIA does appear in dramatic silhouette in the foreground of this telephoto image. The view looks east toward the airport terminal's characteristic multi-peaked roof and the rising October Sun. The roof's appearance suggests the snow-capped peaks of the region's Rocky Mountains to the west. As winter approaches for denizens of Denver and the northern hemisphere in general, the rising Sun will continue to move south (image right) in the coming days. Of course, the Sun is 93 million miles away ...