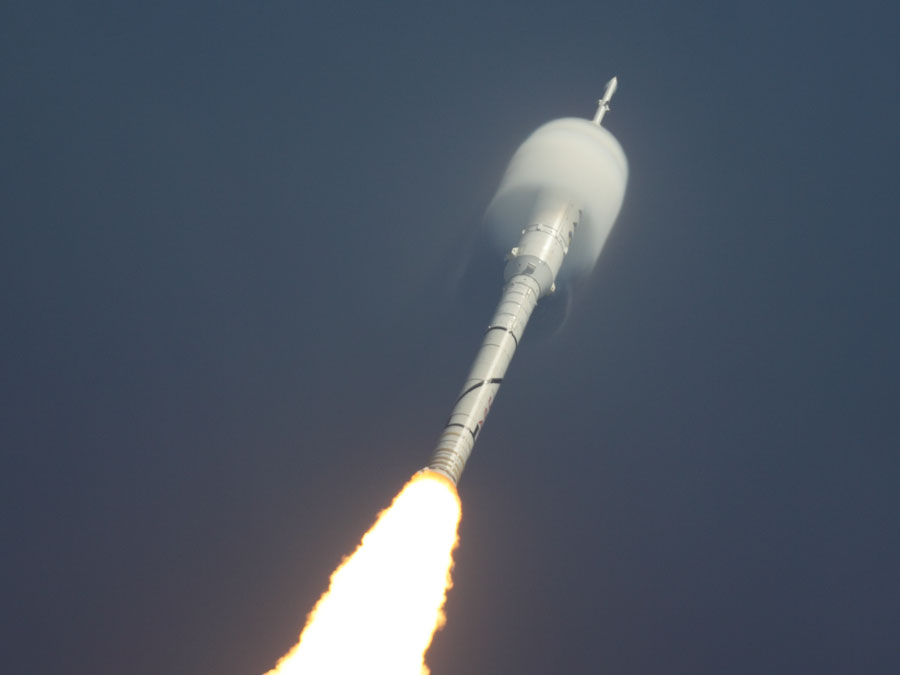 Explanation: Last week, NASA test fired a new rocket. The Ares 1-X was the first non-shuttle rocket launched from Kennedy Space Center since the Saturn launched humans to Earth orbit and the Moon in the 1960s and 1970s. NASA is testing Ares as a prelude to replacing the aging space shuttle fleet. The tremendous thrust of the Ares 1-X can bring the massive rocket from a standing start to a vertical speed of over 100 kilometers per hour in under eight seconds. The test rocket launched last week was longer than a football field and covered with over 700 sensors to record data that will enable engineers to refine details of future Ares rockets. Pictured above, the Ares 1-X blasts into space while the top part of the rocket becomes engulfed in a shock collar of water droplets likely created by the sudden drop of air pressure.