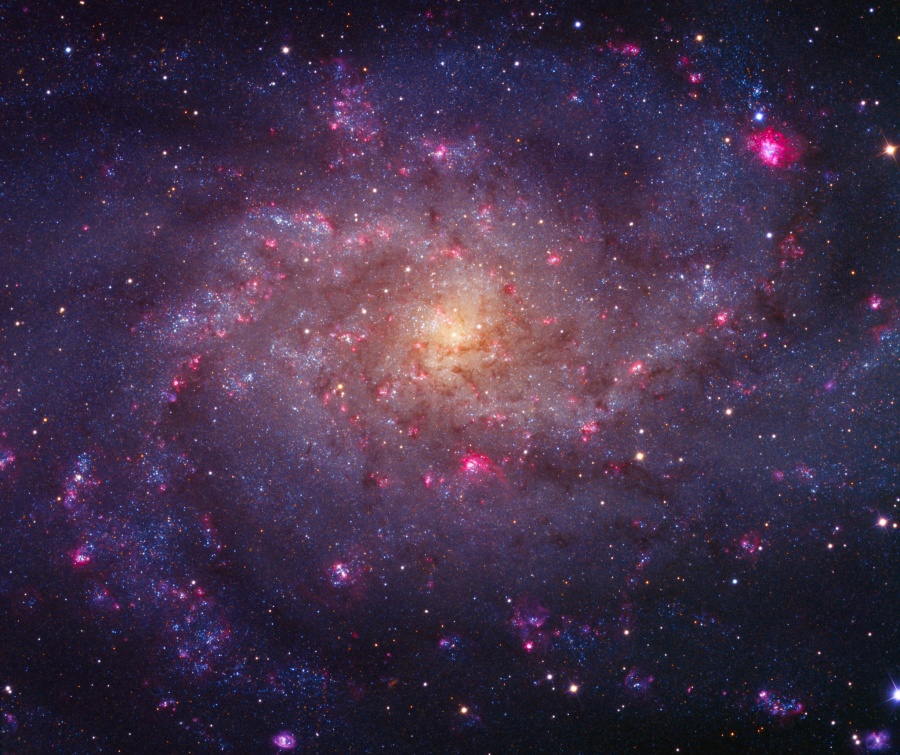 Explanation: Gorgeous spiral galaxy M33 seems to have more than its fair share of bright emission nebulae. In fact, narrow-band and broad-band image data are combined in this beautifully detailed composite to trace the reddish emission nebulae, star forming HII regions, sprawling along loose spiral arms that wind toward the galaxy's core. Historically of great interest to astronomers, M33's giant HII regions are some of the largest known stellar nurseries - sites of the formation of short-lived but very massive stars. Intense ultraviolet radiation from the luminous, massive stars ionizes the surrounding gas and ultimately produces the characteristic red glow. Spanning over 50,000 light-years and a prominent member of the local group of galaxies, M33 is also known as the Triangulum Galaxy. It lies about 3 million light-years distant.