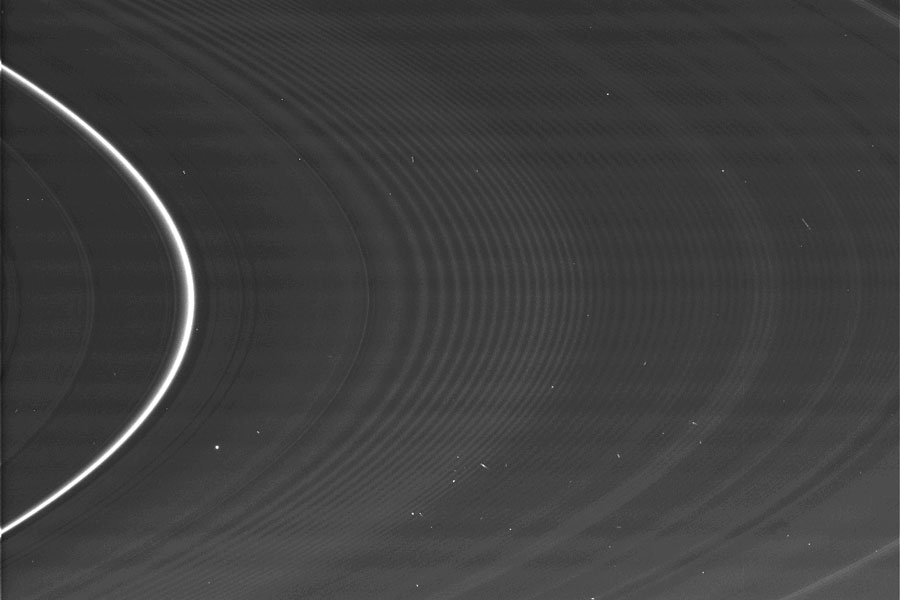 Explanation: What would Saturn's rings look like if the ring plane pointed directly at the Sun? That situation occurred earlier this month when equinox occurred on Saturn. Since the Earth is nearly in the same direction as the Sun from Saturn, the rings appeared to disappear from Earth. From the robotic Cassini spacecraft orbiting Saturn, however, the unusually illuminated ring plane could be viewed from on high. Pictured above, Saturn's rings, darker than ever seen before, were captured just a few hours before equinox on 2009 August 10. The reason for the unusual brightness of an inner ring is currently unknown, but possibly related to particle sizes there being larger than the 10 meter average thickness of the rest of Saturn's rings. Short light streaks in the frame are artificial image artifacts and have nothing to do with Saturn's ring plane. Planetary scientists will be studying ring images taken near equinox to help better understand the dynamics and particle size distribution of the Solar System's most extensive ring system.