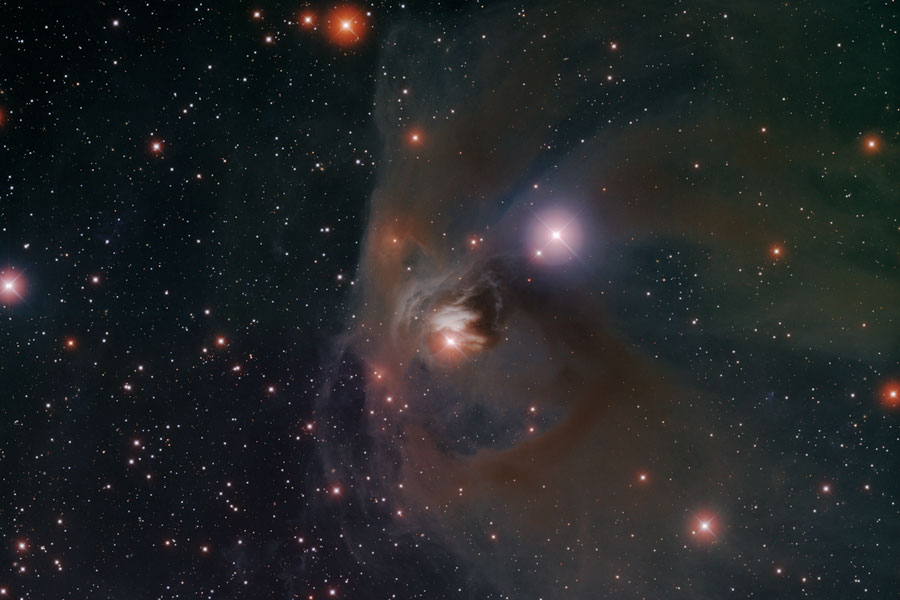 Explanation: What does a star look like when it is forming? The prototypical example is the variable star T Tauri, visible as the bright orange star near the image center. The orange star centered in this remarkable telescopic skyview is T Tauri, prototype of the class of T Tauri variable stars. Surrounding T Tauri is a dusty yellow cosmic cloud named the Hind's Variable Nebula (NGC 1555/1554). Over 400 light-years away, at the edge of a molecular cloud, both star and nebula are seen to vary significantly in brightness but not necessarily at the same time, adding to the mystery of the intriguing region. T Tauri stars are now generally recognized as young -- less than a few million years old -- sun-like stars still in the early stages of formation. To further complicate the picture, infrared observations indicate that T Tauri itself is part of a multiple star system. Surprisingly, due to a close gravitational pass near one of these stars, T Tauri may now be headed out of the system. The dramatic color image above captures a region that spans about 4 light-years.