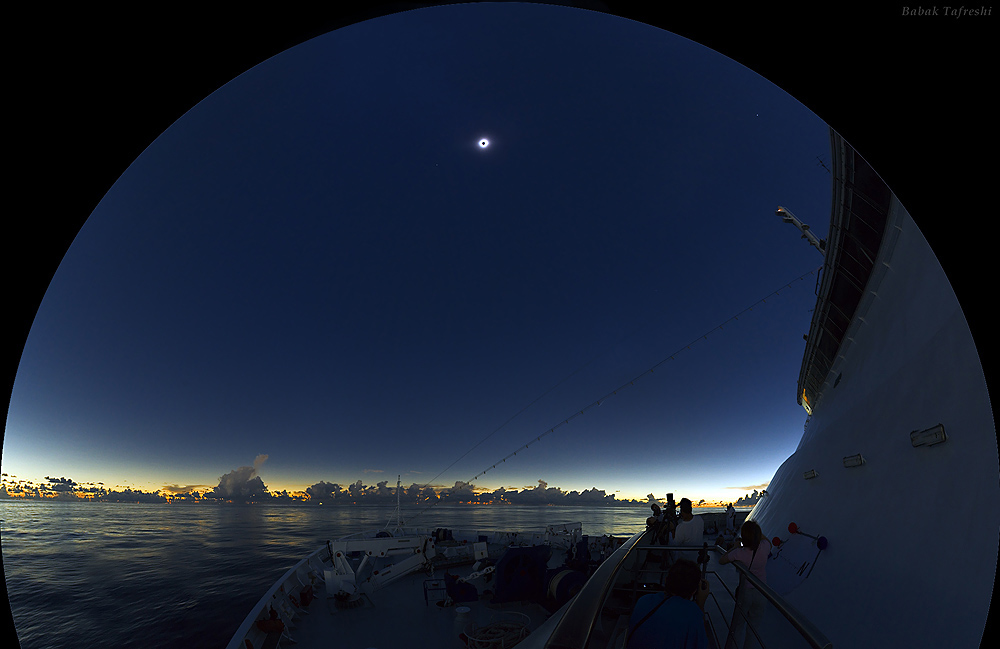 Explanation: The July 22nd total solar eclipse was the longest of the 21st century. From the point of maximum eclipse along the Moon's shadow track across the Pacific Ocean, the Moon completely blocked the Sun for a total of 6 minutes and 39 seconds. But from the deck of this cruise ship the duration of the total eclipse phase was extended to a whopping 6 minutes and 42 seconds by the ship's motion along the shadow track. This panoramic view of the scene shows the shimmering solar corona in a darkened daytime sky, with clouds silhouetted by a bright sky on the distant horizon, beyond the Moon's shadow. Mercury can be seen near the eclipsed Sun. Venus lies near the upper right edge of the frame.