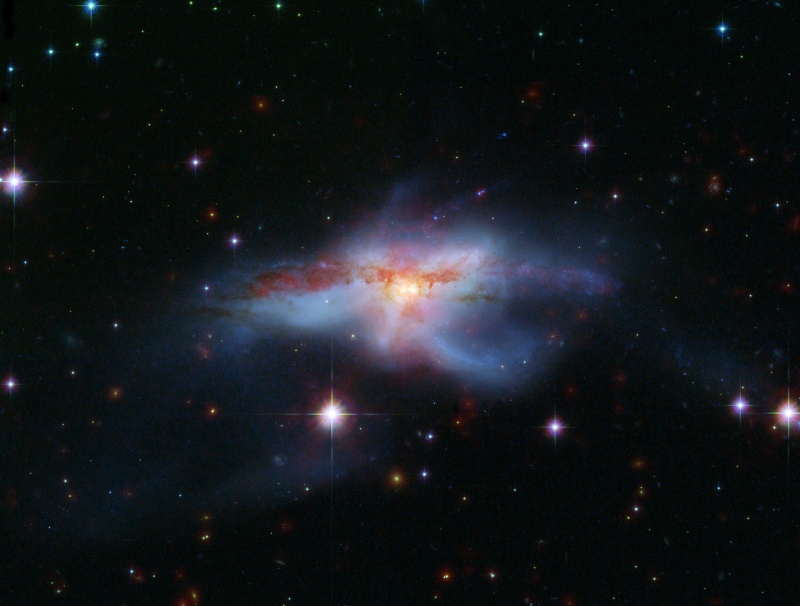 Explanation: NGC 6240 offers a rare glimpse of a cosmic catastrophe in its final throes. The titanic galaxy-galaxy collision is located a mere 400 million light-years away in the constellation Ophiuchus. One of the brightest sources in the infrared sky, the merging galaxies spew distorted tidal tails of stars, gas, and dust and undergo frantic bursts of star formation. The two supermassive black holes in the original galactic cores will also coalesce into a single, even more massive black hole. Soon, only one large galaxy will remain. This dramatic image of the scene is a multiwavelength composite; red colors trace infrared emission from dust recorded by the Spitzer Space Telescope, with Hubble visible light images of stars and gas in green and blue hues. The view spans over 300,000 light-years at the estimated distance of NGC 6240.