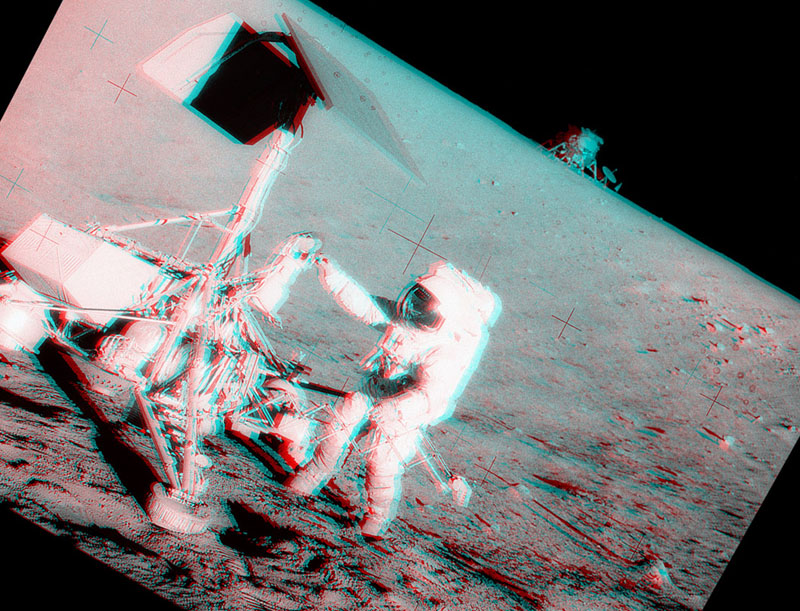 Explanation: Put on your red/blue glasses and gaze into this dramatic stereo view from the surface of the Moon. The 3D scene features Apollo 12 astronaut Pete Conrad visiting the Surveyor 3 spacecraft in November of 1969. The image was carefully created from two separate pictures (AS12-48-7133, AS12-48-7134) taken on the lunar surface. They depict the scene from only slightly different viewpoints, approximating the separation between human eyes. Combining images, one tinted red and the other blue-green, with the correct offset, produces the stereo effect when viewed using red/blue glasses, the red filter covering the left eye. The color filters guide each eye to see only the picture with the correct corresponding viewpoint. The particular pair of images chosen also required a slight tilt to optimize the stereo effect. While you've got those glasses on, web sources of astronomy and space science stereo images include the Mars Path Finder archive, a 3D Tour of the Solar System, and stereo experimenter Patrick Vantyune's own set of stereo images from the Apollo missions to the Moon.