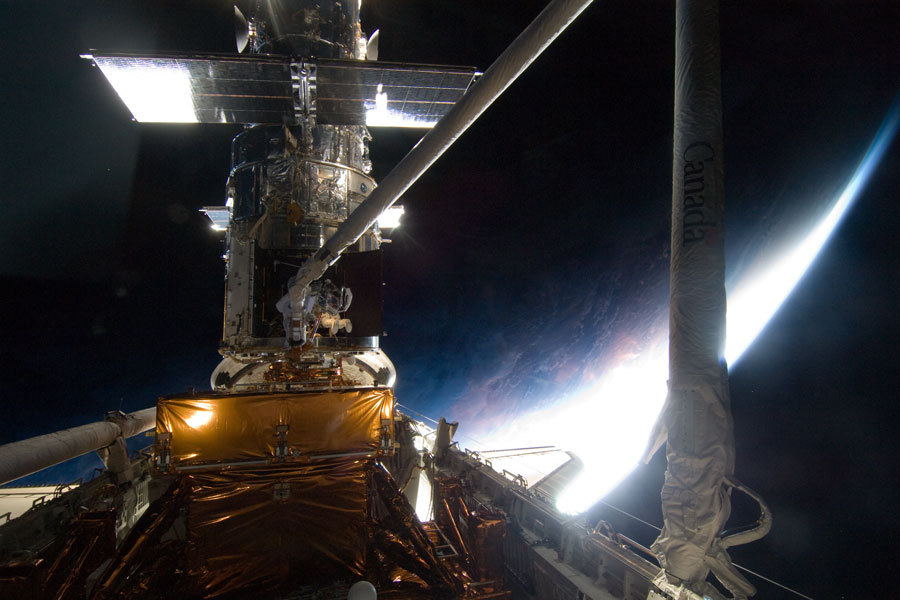 Explanation: What is that astronaut doing? Fixing the Hubble Space Telescope. During the fourth servicing mission to upgrade and fix Hubble, astronaut Michael Good can be seen attached to the shuttle's robotic arm, working in an open panel of Hubble. Far below, the terminator between day and night can be seen across planet Earth. Since Hubble was captured by the space shuttle Atlantis last Wednesday, five long space-walks have been used to fix and upgrade the aging telescope. One of the more ambitious orbital missions yet taken, the toiling astronauts have upgraded the Wide Field Camera, fixed the Advanced Camera for Surveys, repaired the Space Telescope Imaging Spectrograph, and replaced COSTAR with the Cosmic Origins Spectrograph. Numerous other general repairs included replacing batteries, gyroscopic sensors, and insulation panels. Hubble will now undergo testing as Atlantis prepares to return to Earth later this week.