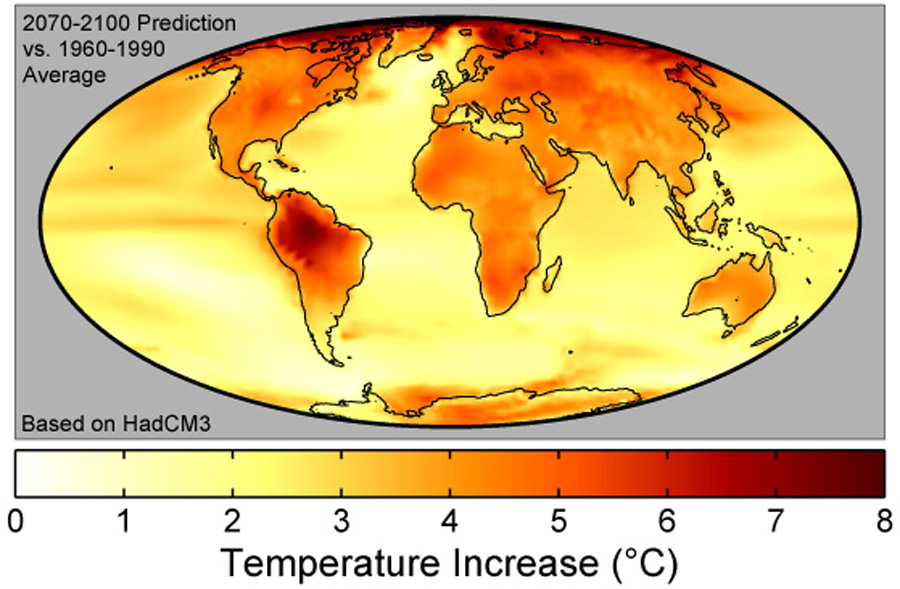 Explanation: How much will the Earth's surface warm up over the lives of our children? No one is sure. Compared to the past 100 million years, the Earth is currently enduring a relative cold spell, possibly about four degrees Celsius below average. Over the past 100 years, however, data indicate the average global temperature of the Earth has increased by nearly one degree Celsius. Few disagree that recent global warming is occurring, and the Intergovernmental Panel on Climate Change (IPCC) has concluded that we humans have created a warming surge that is likely to continue. A future temperature increase like that shown on the above predictive map may cause sea levels to rise, precipitation patterns to change, and much pole ice to melt. The result could impact many local agricultures and the global economy. Geoengineering projects that might include artificial cloud creation might reduce the amount of warming sunlight that reaches the Earth's surface.