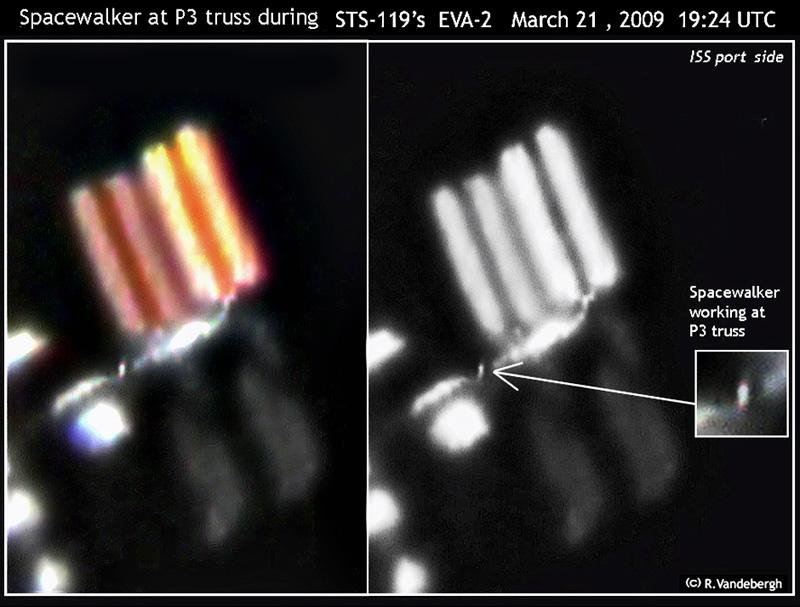 Explanation: These two frames, taken with a video camera and a telescope, reveal remarkable details of the International Space Station (ISS) orbiting some 350 kilometers above planet Earth. Recorded during last month's visit by the crew of shuttle orbiter Discovery on mission STS-119, the pictures show extended solar arrays glinting in bright sunlight against a dark sky. They also likely capture the blurred image of a spacewalking astronaut during the mission's EVA-2 (Extravehicular Activity-2)! The astronaut is installing equipment along one of the station's truss assemblies. Astronomer Ralf Vandebergh, who often images the ISS during its favorable passes through Dutch skies, comments that no other bright ISS structures occupy the position indicated in the inset, and that a reflective, white-suited astronaut would be visible against the truss and correspond to the bright blur. Vandebergh notes that the timing and location further suggest the spacewalker is STS-119 astronaut Joseph Acaba.