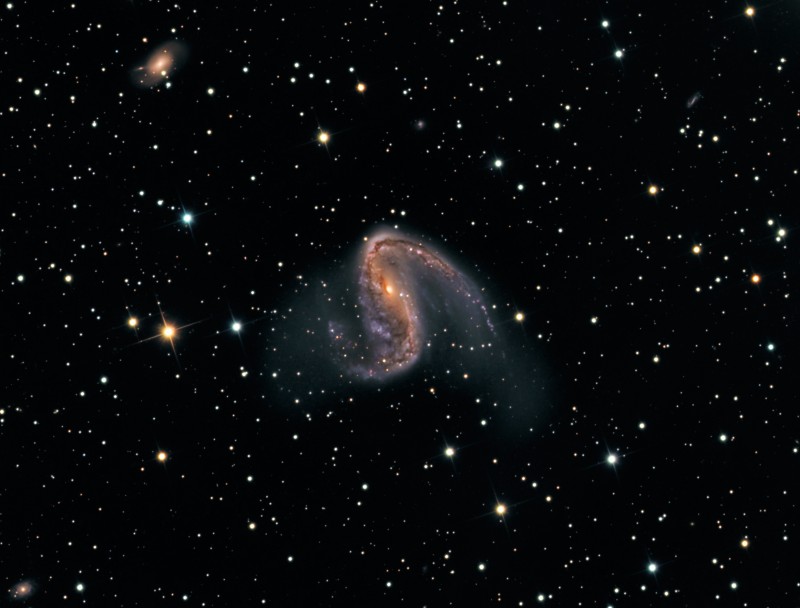 Explanation: Distorted galaxy NGC 2442 can be found in the southern constellation of the flying fish, (Piscis) Volans. Located about 50 million light-years away, the galaxy's two spiral arms extending from a pronounced central bar give it a hook-shaped appearance. This deep color image also shows the arms' obscuring dust lanes, young blue star clusters and reddish star forming regions surrounding a core of yellowish light from an older population of stars. But the star forming regions seem more concentrated along the drawn-out (right side) spiral arm. The distorted structure is likely the result of an ancient close encounter with the smaller galaxy seen near the top left of this field of view. The two interacting galaxies are separated by about 150,000 light-years at the estimated distance of NGC 2442.