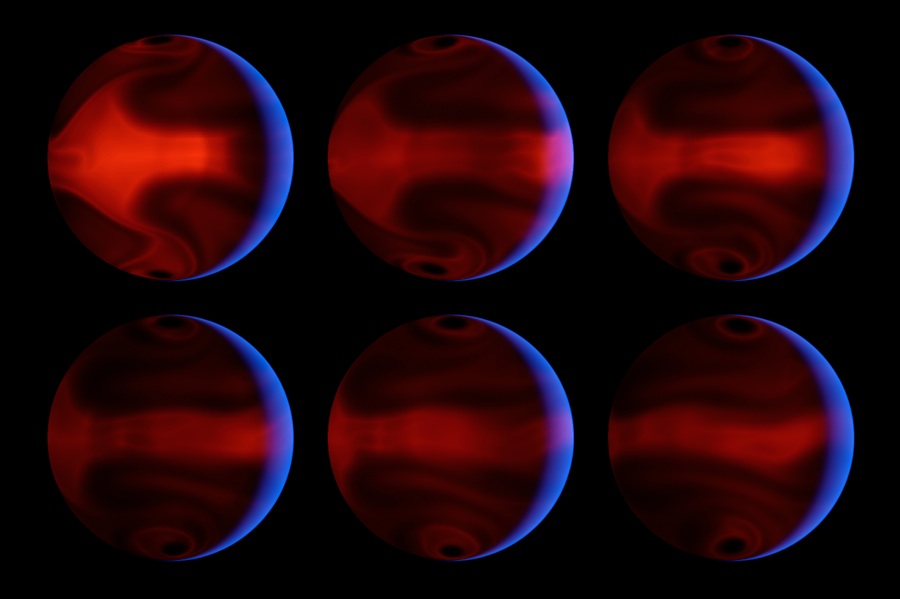 Explanation: On the distant planet HD 80606b, summers might be dangerous. Hypothetic life forms floating in HD 080606b's atmosphere or lurking on one of its (presently hypothetical) moons might fear the 1,500 Kelvin summer heat, which is hot enough not only to melt lead but also nickel. Although summers are defined for Earth by the daily amount of sunlight, summers on HD 80606b are more greatly influenced by how close the planet gets to its parent star. HD 80606b, about 200 light years distant, has the most elliptical orbit of any planet yet discovered. In comparison to the Solar System, the distance to its parent star would range from outside the orbit of Venus to well inside the orbit of Mercury. In this sequence, the night side of HD 80606b is computer simulated as it might glow in infrared light in nearly daily intervals as it passed the closest point in its 111-day orbit around its parent star. The simulation is based on infrared data taken in late 2007 by the Spitzer Space Telescope.