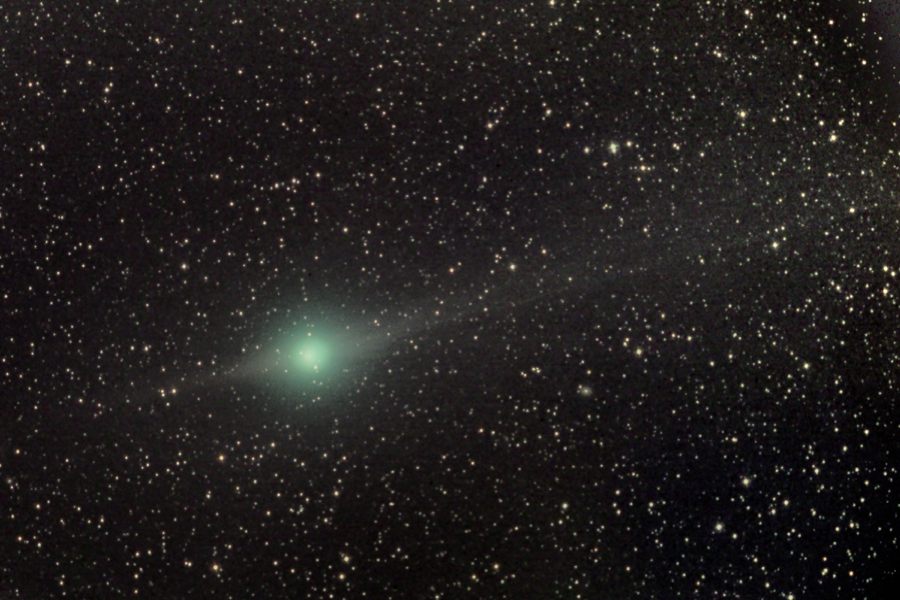 Explanation: How bright will Comet Lulin become? No one knows for sure. Although it is notoriously difficult to accurately predict the brightness of newly discovered comets, Comet Lulin could well become visible to the unaided eye later this month. As Comet Lulin moves into the northern sky in mid February to rise around midnight, it should at least be spotted by comet watchers with binoculars and a good sky chart. Tracking observations indicate that the comet officially designated C/2007 N3 (Lulin) has now swung by the Sun and is approaching Earth on a trajectory that will bring it within half the Earth-Sun distance in late February. Comet Lulin's orbit indicates that this is likely the comet's first trip into the inner Solar System. The comet was discovered by Quanzhi Ye of Sun Yat-sen University on images obtained by Chi-Sheng Lin at the Lu-Lin Observatory of National Central University. In this picture, taken from Italy last Friday, are Comet Lulin's coma and tails, one tail pointing away from the Sun, and an anti-tail -- dust that trails the comet in its orbit and may appear to point toward the Sun.