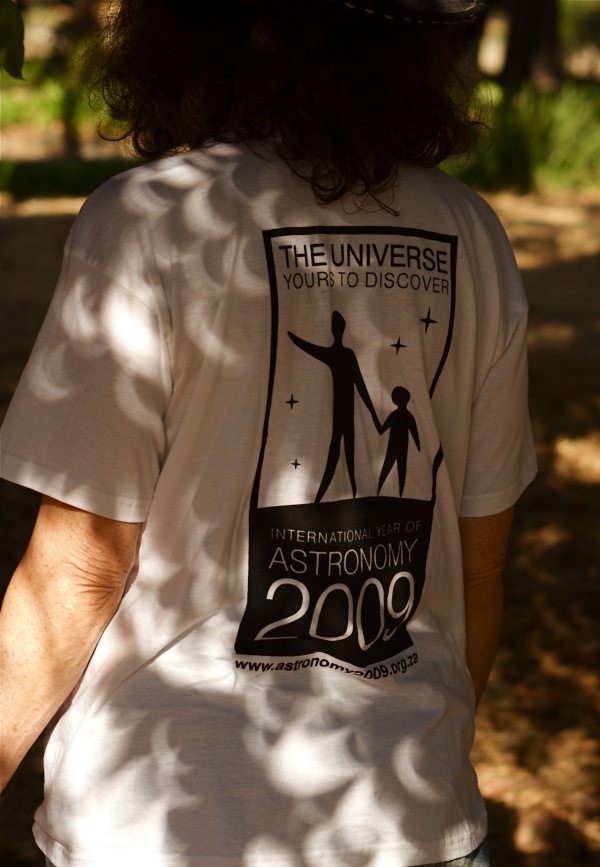 Explanation: Of course, everyone is concerned about what to wear to a solar eclipse. This is a great example though, especially for the first eclipse of the International Year of Astronomy 2009. In the picture, recorded during the January 26 solar eclipse from the grounds of the South African Astronomical Observatory at Cape Town, repeated images of the eclipse adorn a well-chosen shirt. The effect is familiar to eclipse enthusiasts as small gaps, commonly between leaves on trees, act as pinhole cameras to generate multiple recognizable images of the eclipse. From the Cape Town perspective, the solar eclipse was a partial one, with a maximum of about 65% of the Sun covered. But along a track extending across the Indian Ocean and western Indonesia the eclipse became annular, the solar disk briefly appearing as a fiery ring around the silhouetted Moon.