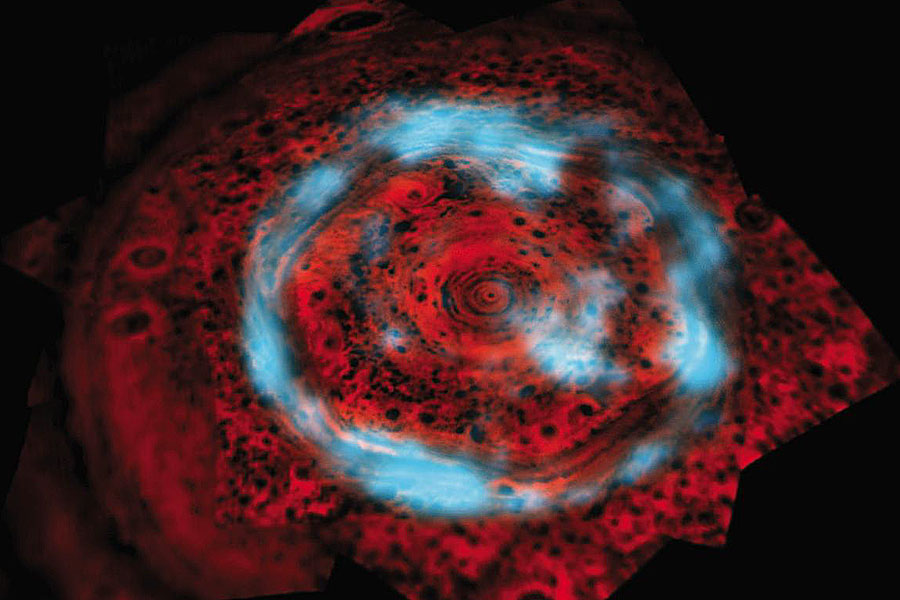 Explanation: What's causing this unusual aurora over Saturn? No one is sure. Infrared images by the robotic Cassini spacecraft of the north pole of Saturn have uncovered aurora unlike any other seen previously in our Solar System. The strange aurora are shown in blue in the above image, while the underlying clouds are shown in red. The previously recorded, also-strange hexagon cloud patterns are visible in red below the aurora. These Saturnian aurora can cover the entire pole, while auroras around Earth and Jupiter are typically confined by magnetic fields to rings surrounding the magnetic poles. More normal auroral rings had been previously imaged around Saturn. The recently imaged strange auroras above Saturn's north pole can change their global patterns significantly in only a few minutes. The large and variable nature of these auroras indicate that charged particles streaming in from the Sun are experiencing some type of magnetism above Saturn that was previously unexpected.