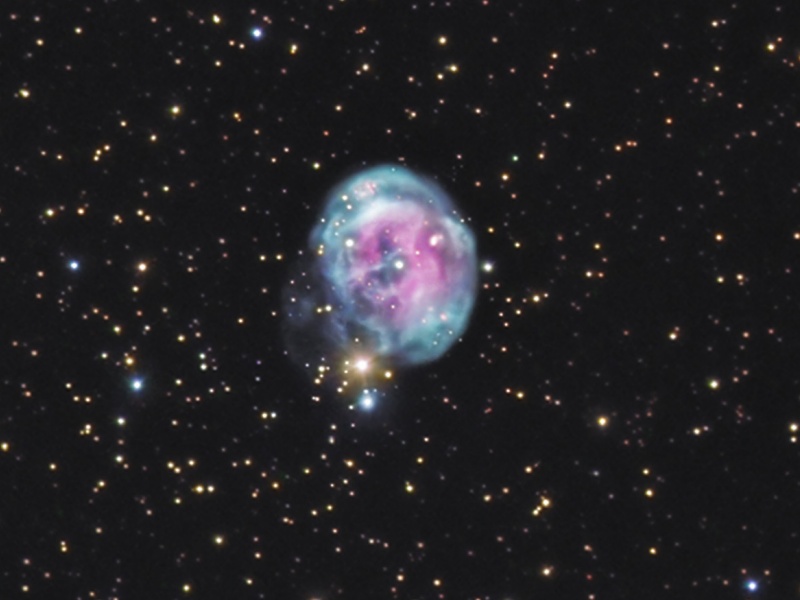 Explanation: Compact and round, NGC 7008 is recognized as a planetary nebula about 2,800 light-years distant in the nebula rich constellation of Cygnus. This impressive telescopic view shows off NGC 7008's remarkable colors and details by the skillful combination of broad band and narrow band images from two different telescopes with about 12 hours of total exposure time. The intriguing assortment of features within the nebula's approximately 1 light-year diameter suggest its popular name, the Fetus Nebula, but planetary nebulae are not associated with star birth. Instead, nebulae like NGC 7008 are produced during a brief phase that sun-like stars pass through toward the end of their lives. Ejecting their outer layers, the stars cool to eventually become white dwarf stars, like the star seen near the center of NGC 7008. This colorful image also includes an unrelated but still lovely gold and blue binary star system just below NGC 7008.