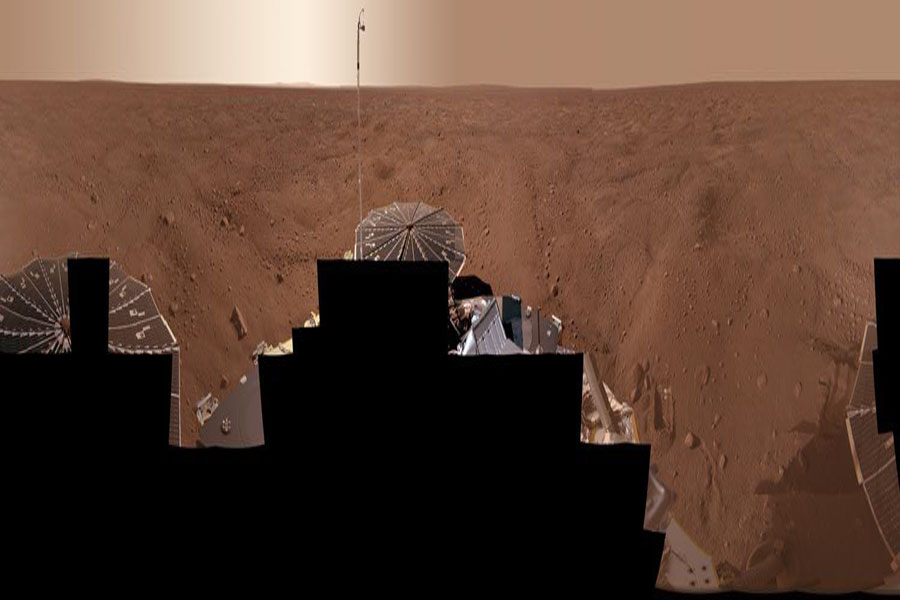 Explanation: If you could stand on Mars, what would you see? The robotic Phoenix spacecraft that just landed on Mars in May recorded the above spectacular panorama. The above image is actually a digital combination of over 100 camera pointings and surveys fully 360 degrees around the busy robotic laboratory. Clicking on the horizontally compressed image above will bring up the extra-wide uncompressed version. Visible in the image foreground are circular solar panels, various Phoenix instruments, rust colored rocks, a trench dug by Phoenix to probe Mars' chemical composition, a vast plateau of dirt and dirt-covered ice, and, far in the distance, the dust colored atmosphere of Mars. Phoenix landed in the far north of Mars and has been using its sophisticated laboratory to search for signs that past life might have been possible. Recent soil analyses have confirmed the presence of ice, but gave conflicting indications of unexpected perchlorate salts. Whether perchlorates exist on Mars is now being aggressively researched, as well as what effects perchlorates might have had on the past development of life.