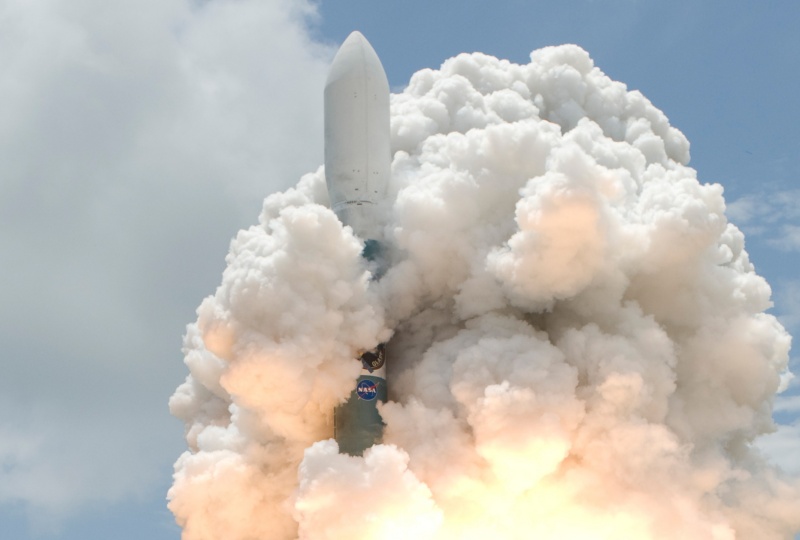 Explanation: Rising through a billowing cloud of smoke, this Delta II rocket left Cape Canaveral Air Force Station's launch pad 17-B Wednesday at 12:05 pm EDT. Snug in the payload section was GLAST, the Gamma-ray Large Area Space Telescope, now in orbit around planet Earth. GLAST's detector technology was developed for use in terrestrial particle accelerators. But from orbit, GLAST can study gamma-rays from extreme environments in our own Milky Way galaxy, as well as supermassive black holes at the centers of distant active galaxies, and the sources of powerful gamma-ray bursts. Those cosmic accelerators achieve energies not attainable in earthbound laboratories. GLAST also has the sensitivity to search for signatures of new physics in the relatively unexplored high-energy gamma-ray regime.