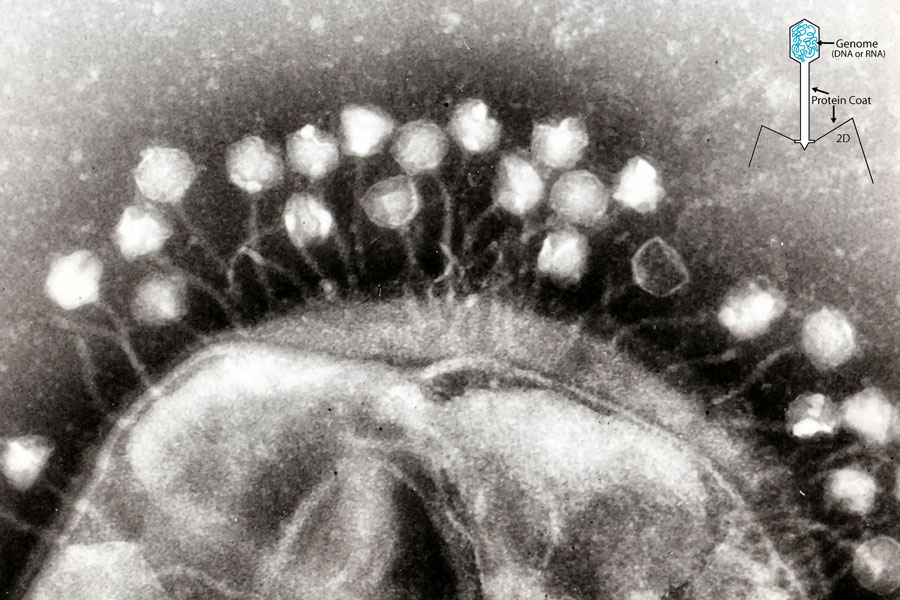 Explanation: There are more bacteriophages on Earth than any other life-like form. These small viruses are not clearly a form of life, since when not attached to bacteria they are completely dormant. Bacteriophages attack and eat bacteria and have likely been doing so for over 3 billion years ago. Although initially discovered early last century, the tremendous abundance of phages was realized more recently when it was found that a single drop of common seawater typically contains millions of them. Extrapolating, phages are likely to be at least a billion billion (sic) times more numerous than humans. Pictured above is an electron micrograph of over a dozen bacteriophages attached to a single bacterium. Phages are very small -- it would take about a million of them laid end-to-end to span even one millimeter. The ability to kill bacteria makes phages a potential ally against bacteria that cause human disease, although bacteriophages are not yet well enough understood to be in wide spread medical use.