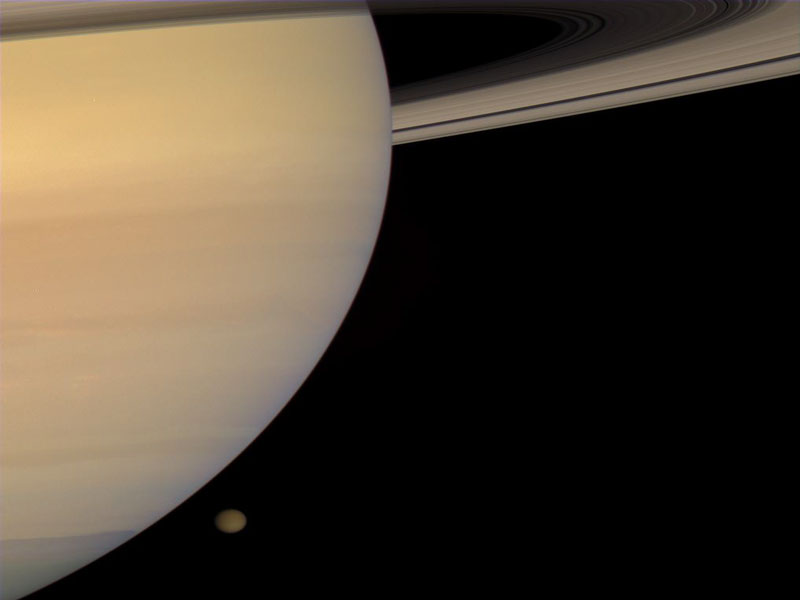 Explanation: Spectacular vistas of Saturn and its moon continue to be recorded by the Cassini spacecraft. Launched from Earth in 1997, robotic Cassini entered orbit around Saturn in 2004 and has revolutionized much of humanity's knowledge of Saturn, its expansive and complex rings, and it many old and battered moons. Soon after reaching Saturn, Cassini released the Huygen's probe which landed on Titan, Saturn's largest moon, and send back unprecedented pictures from below Titan's opaque cloud decks. Recent radar images of Titan from Cassini indicate flat regions that are likely lakes of liquid methane, indicating a complex weather system where it likely rains chemicals similar to gasoline. Pictured above, magnificent Saturn and enigmatic Titan were imaged together in true color by Cassini earlier this year.