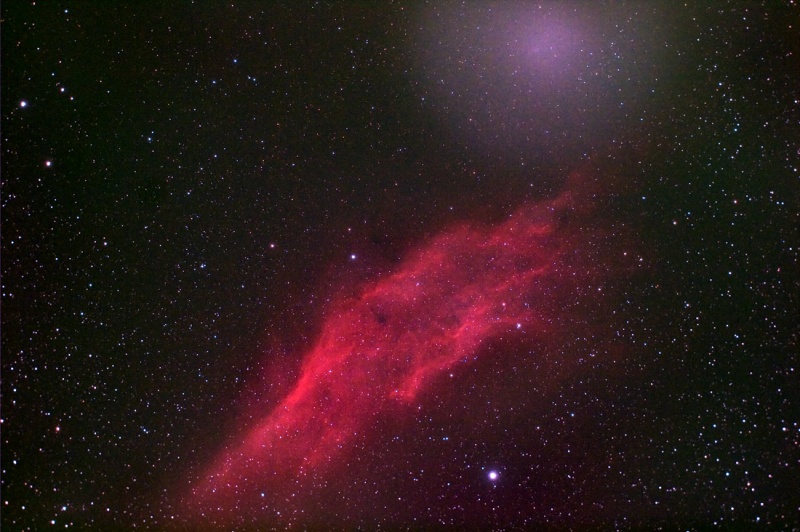 Explanation: Still gracing northern skies, a fading Comet Holmes lies at the top edge of this colorful skyview, recorded on March 4. The reddish emission nebula below it is NGC 1499, also known as the California Nebula for its resemblance to the outline of the state on the US west coast. Of course, the two cosmic clouds by chance lie along nearly the same line-of-sight and so only appear to be close together and of similar size. The California Nebula is actually about 100 light-years long and 1,500 light-years away, drifting through the Orion Arm of our spiral Milky Way Galaxy. Comet Holmes is about 20 light-seconds in diameter, sweeping through our solar system a mere 25 light-minutes away, beyond the orbit of Mars. The molecules of the comet's gaseous coma fluoresce in sunlight. The California Nebula's glow is characteristic of hydrogen atoms recombining with long lost electrons, originally stripped away (ionized) by ultraviolet starlight. Providing the energetic starlight is Xi Persei, the prominent star below the nebula.