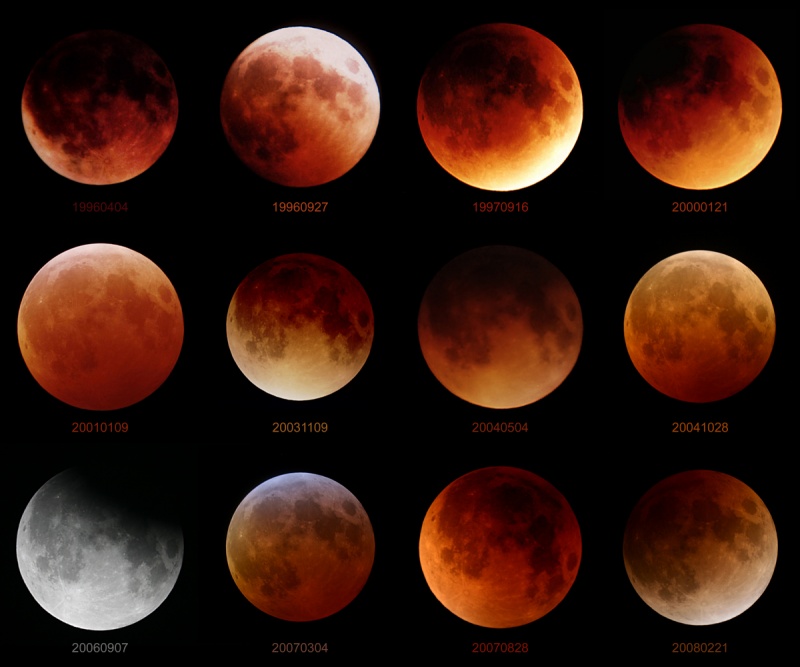 Explanation: Welcome to the extra day in the Gregorian Calendar's leap year 2008! To celebrate, consider this grid of lunar eclipse pictures - starting in leap year 1996 and ending with February's eclipse - with the date in numerical year/month/day format beneath each image. Mostly based on visibility from a site in Turkey, the 3x4 matrix includes 11 of the 13 total lunar eclipses during that period, and fills out the grid with the partial lunar eclipse of September 2006. Still, as the pictures are at the same scale, they illustrate a noticeable variation in the apparent size of the eclipsed Moon caused by the real change in Earth-Moon distance around the Moon's elliptical orbit. The total phases are also seen to differ in color and darkness. Those effects are due to changes in cloud cover and dust content in the atmosphere reddening and refracting sunlight into Earth's shadow. Of course, the next chance to add a total lunar eclipse to this grid will come at the very end of the decade.