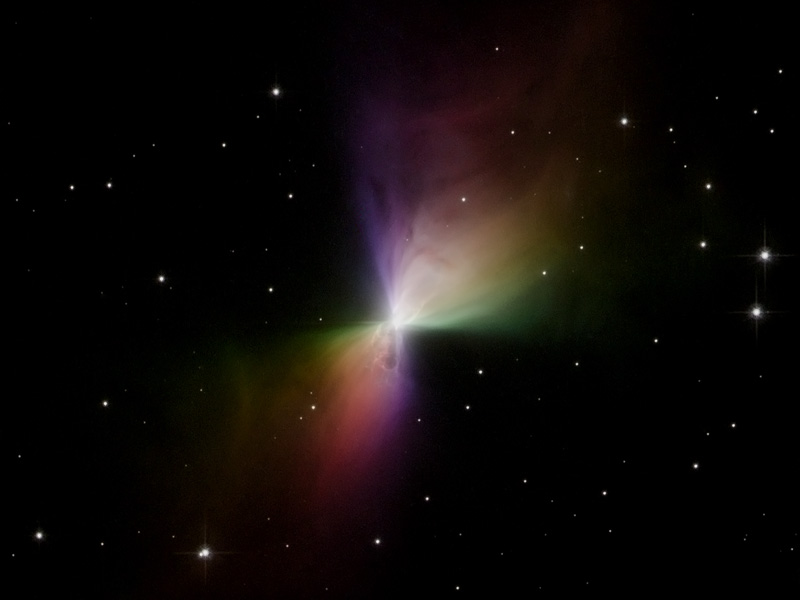 Explanation: This symmetric cloud dubbed the Boomerang Nebula was created by a high-speed wind of gas and dust blowing from an aging central star at speeds of nearly 600,000 kilometers per hour. The rapid expansion has cooled molecules in the nebular gas to about one degree above absolute zero - colder than even the cosmic background radiation - making it the coldest known region in the distant Universe. Shining with light from the central star reflected by dust, the frigid Boomerang Nebula is believed to be a star or stellar system evolving toward the planetary nebula phase. This Hubble image was recorded using polarizing filters (analogous to polaroid sunglasses) and color coded by the angle associated with the polarized light. The gorgeous result traces the small dust particles responsible for polarizing and scattering the light. The Boomerang Nebula spans about one light year and lies about 5,000 light years away toward the constellation Centaurus.