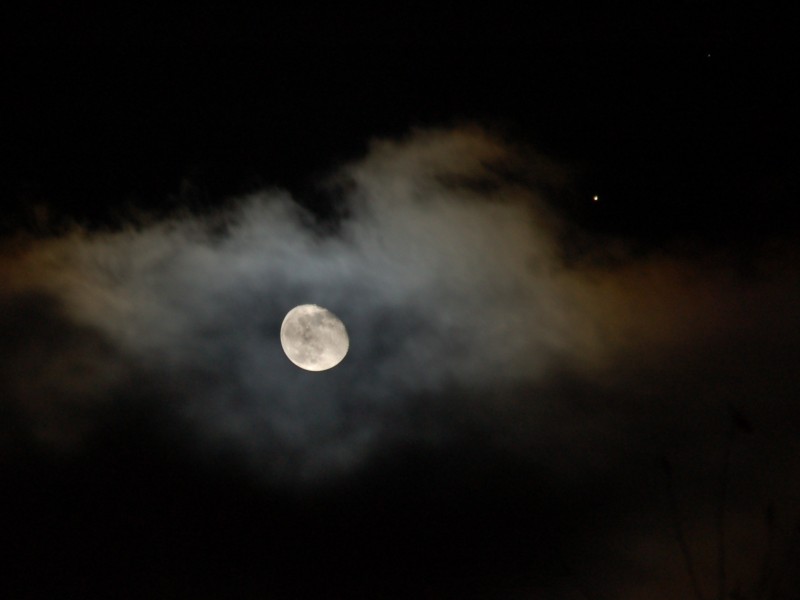 Explanation: The Full Moon and a brilliant, ruddy Mars will share the sky tonight. Skygazers can easily enjoy the celestial pairing as the two are separated by a degree or even less. In fact, seen from parts of northern North America and Europe, the Moon will actually occult (pass in front of) the Red Planet. Mars is so bright because it is near opposition, opposite the Sun in Earth's sky and near its closest approach to planet Earth. But Mars is not nearly as bright as the Moon, also opposite the Sun tonight. In this striking preview of tonight's sky show, backyard astronomer John Harms was able to photograph an almost Full Moon near Mars last month. His simple, single exposure relied on clouds to block some of the overwhelming moonlight.