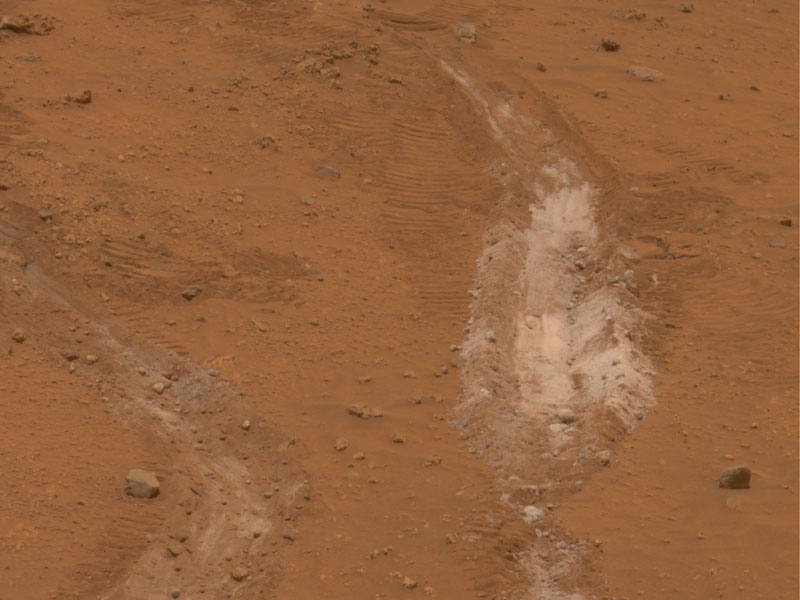 Explanation: You're rolling across Mars when you unexpectedly uncover some unusually light soil. You stop. You turn. You return to inspect the soil and find out it is almost purely silica -- the main ingredient in quartz and glass. Such soil has never been found on Mars before. What created this soil? Since you are the robotic rover Spirit currently rolling across Mars, you send the images and data back to Earth for analysis. Your scientist friends from the blue water planet say that such soil on Earth is usually created by either volcanic steam or a hot spring. The second hypothesis in particular indicates, once again, a wet past for part of Mars, as possibly hot water saturated with silica deposited the white soil. Intriguingly, on Earth, living microbes typically flourish under either condition. Pictured above, the uncovered light soil is visible on the right.