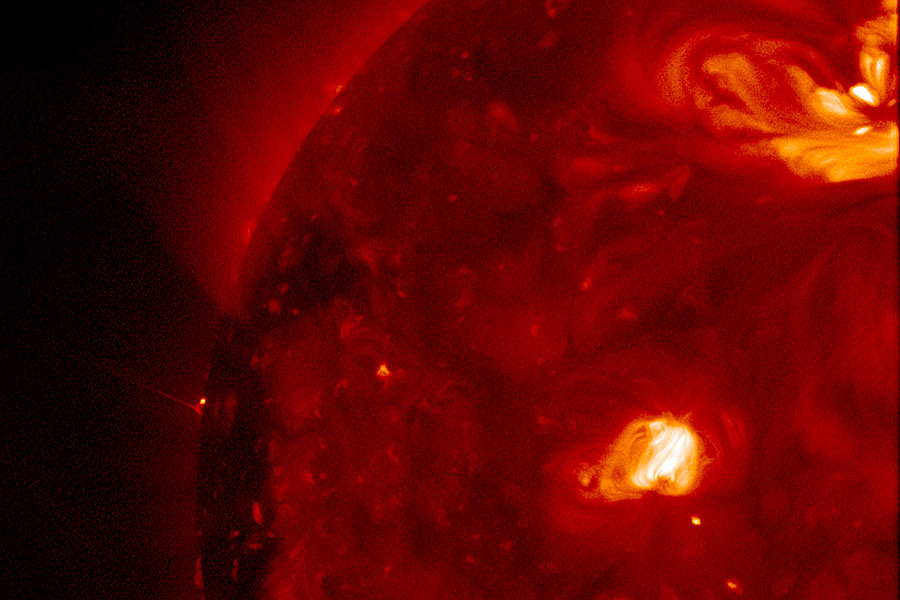 A Jet from the Sun
Credit & Copyright: Hinode, JAXA, NASA

Explanation: What powers the solar wind? Our Sun is known to emit a powerful wind of particles with gusts that can even affect astronauts and satellites orbiting Earth. The cause of the solar wind has been debated for decades but is thought to be rooted in Alfvťn waves generated by the ever changing magnetic field of the Sun. Newly released images from the Japanese Hinode satellite appear to bolster this hypothesis, imaging an average of 240 daily plasma jets that are excellent candidates to fuel the outwardly moving Alfvťn waves. The jets and waves are themselves ultimately created by magnetic reconnection events, rapid events where lines of constant magnetic field suddenly move extremely rapidly, dragging electrons and protons along with them. On the image left, one such jet is visible in X-ray light. Bright spots show relatively energetic regions elsewhere on the Sun.