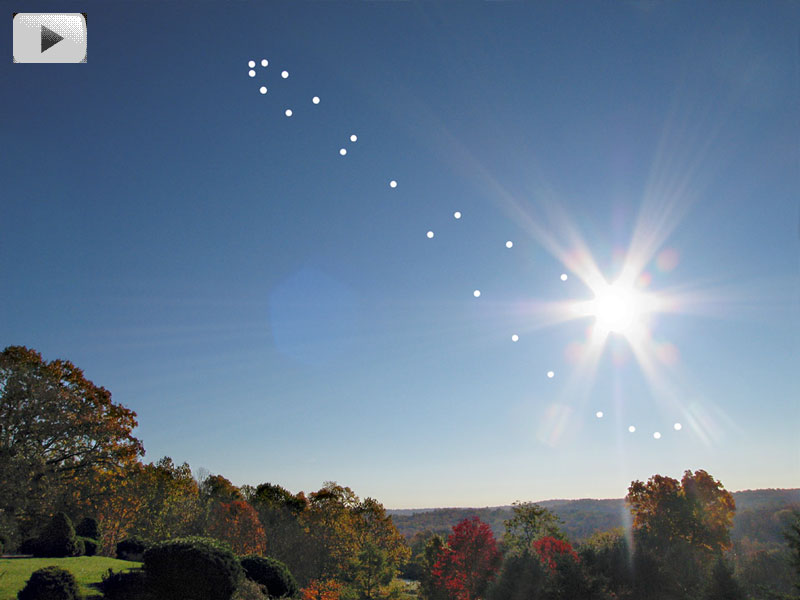 Explanation: An analemma is that figure-8 curve that you get when you mark the position of the Sun at the same time each day throughout planet Earth's year. Above, 26 separate exposures were recorded to illustrate the regular solar motion -- a difficult project performed mostly during the calendar year 2006. The images were taken at 8 am in the morning in northern New Jersey, USA, and digitally combined with a single foreground image later. The individual images have since been combined into a movie. Solstices correspond to the top and bottom of the figure-8, indicating the northern and southernmost excursions of the Sun in the sky. The tilt of planet Earth's axis and the variation in speed as it moves around its orbit combine to produce the graceful analemma curve.