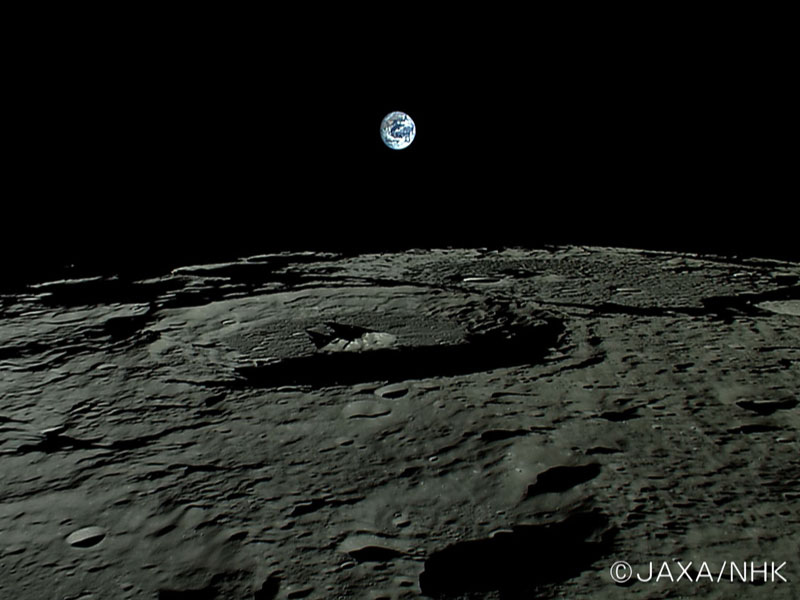 Explanation: What does the Earth look like from the Moon? A new version of this space age perspective was captured by the robotic Kaguya spacecraft currently in orbit around Earth's Moon. Launched two months ago by Japan, the scientific mission of the Selenological and Engineering Explorer (SELENE), nicknamed Kaguya, is to study the origin and evolution of the Moon. Last month Kaguya reached lunar orbit and starting transmitting data and images. This frame is from Kaguya's onboard HDTV camera. An astronaut standing on the lunar surface would never actually see the Earth rise, since the Moon always keeps the same side toward the Earth. This Earthrise as well as the famous Earthrise captured 40 years ago by the crew of Apollo 8, only occurs for observers in lunar orbit.