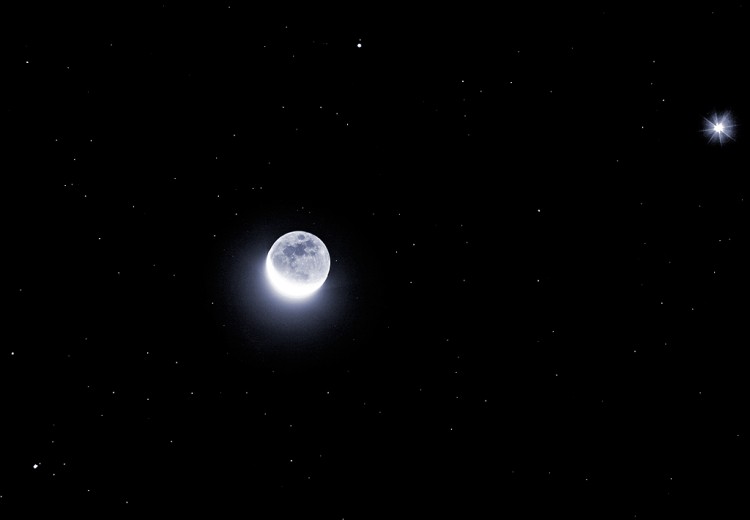 Explanation: Early risers are currently enjoying the sight of dazzling Venus, near the eastern horizon as the morning star. Recorded on October 7, this predawn skyview does feature Venus at the upper right. It also includes a crescent Moon and Saturn (lower left). In fact, holding your fist at arms length would have easily covered both planets and the Moon in this 5 degree wide field. Earthshine, sunlight reflected from planet Earth's dayside, illuminates features on the lunar nightside. A close inspection of Saturn itself reveals a nearby pinpoint of light corresponding to Saturn's large moon Titan. Though the Moon has moved on, the tight triangle formed by Venus, Saturn, and Regulus (top), alpha star in the constellation Leo, will continue to look impressive in early morning skies over the next few days. Early bird astrophotographer Jay Ouellet also described Mars as a "brilliant red diode" in his dark country sky east of Quebec City, Canada.