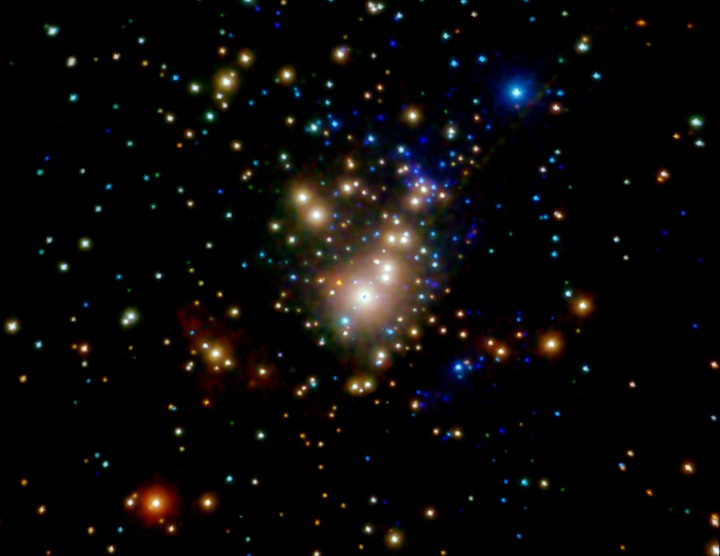 Explanation: The stars of Orion shine brightly in visible light in planet Earth's night sky. The constellation harbors the closest large stellar nursery, the Great Nebula of Orion, a mere 1,500 light-years away. In fact, the apparently bright clump of stars near the center of this false color Chandra x-ray telescope picture are the massive stars of the Trapezium - the young star cluster which powers much of the nebula's visible-light glow. The stars shown in blue and orange are young sun-like stars; prodigious sources of x-rays thought to be produced in hot stellar coronae and surface flares in a young star's strong magnetic field. Our middle-aged Sun itself was probably thousands of times brighter in x-rays when, like the Trapezium stars, it was only a few million years old. The x-ray image spans about 2.5 light-years across the central region of the Orion Nebula.