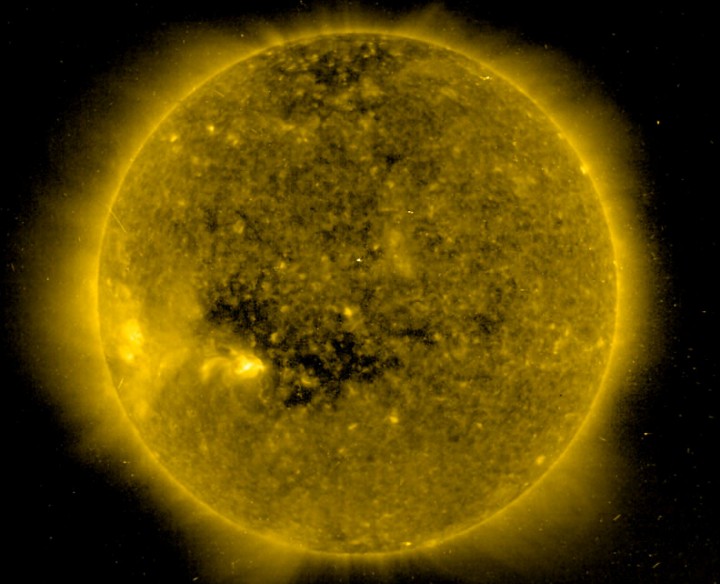 Explanation: The dark expanse below the equator of the Sun is a coronal hole -- a low density region extending above the surface where the solar magnetic field opens freely into interplanetary space. Shown in false color, the picture was recorded on September 19th in extreme ultraviolet light by the EIT instrument onboard the space-based SOHO observatory. Studied extensively from space since the 1960s in ultraviolet and x-ray light, coronal holes are known to be the source of the high-speed solar wind, atoms and electrons that flow outward along the open magnetic field lines. The solar wind streaming from this coronal hole triggered colorful auroral displays on planet Earth begining late last week, enjoyed by spaceweather watchers at high latitudes.