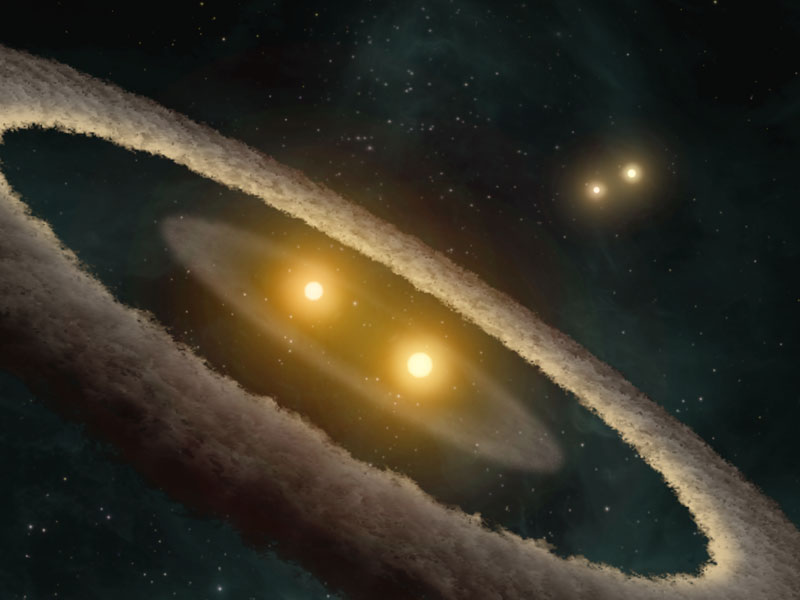 Explanation: How would it look to have four suns in the sky? Planets of the HD 98800 system, if they exist, would experience such a view. HD 98800 is a multiple star system about 150 light years from Earth -- right in our section of the Milky Way Galaxy. For years it has been known that HD 98800 consists of two pairs of double stars, with one pair surrounded by a disk of dust. The star pairs are located about 50 AU from each other -- in comparison just outside the orbit of Pluto. Recent data from the Earth-trailing Spitzer Space Telescope in infrared light, however, indicate that the dust disk has gaps that appear consistent with being cleared by planets orbiting in the disk. If so, one planet appears to be orbiting at a distance similar to Mars of our own Solar System. Pictured above is an artist's drawing of how the HD 98800 system might appear to a nearby observer.