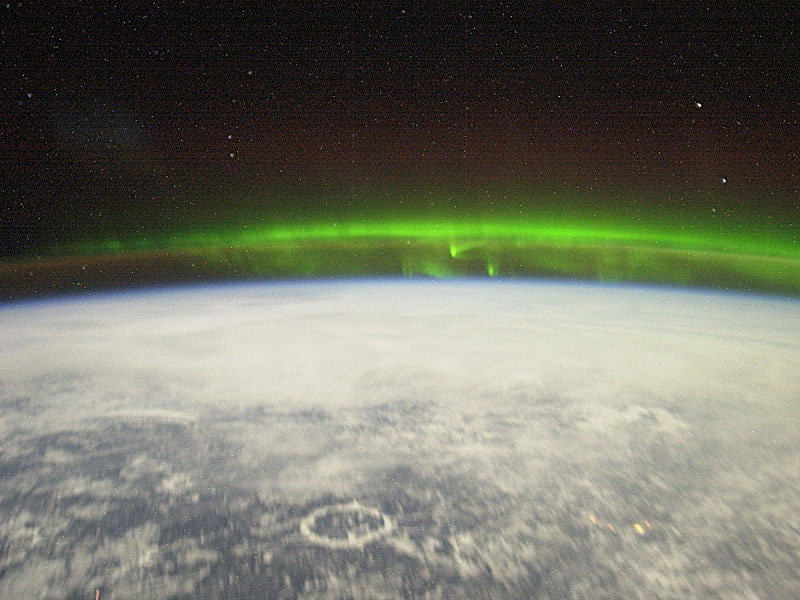 Explanation: From the ground, spectacular auroras seem to dance high above. But the International Space Station (ISS) orbits at nearly the same height as many auroras, sometimes passing over them, and sometimes right through them. Still, the auroral electron and proton streams pose no direct danger to the ISS. In 2003, ISS Science Officer Don Pettit captured the green aurora, pictured above in a digitally sharpened image. From orbit, Pettit reported that changing auroras appeared to crawl around like giant green amoebas. Over 300 kilometers below, the Manicouagan Impact Crater can be seen in northern Canada, planet Earth.