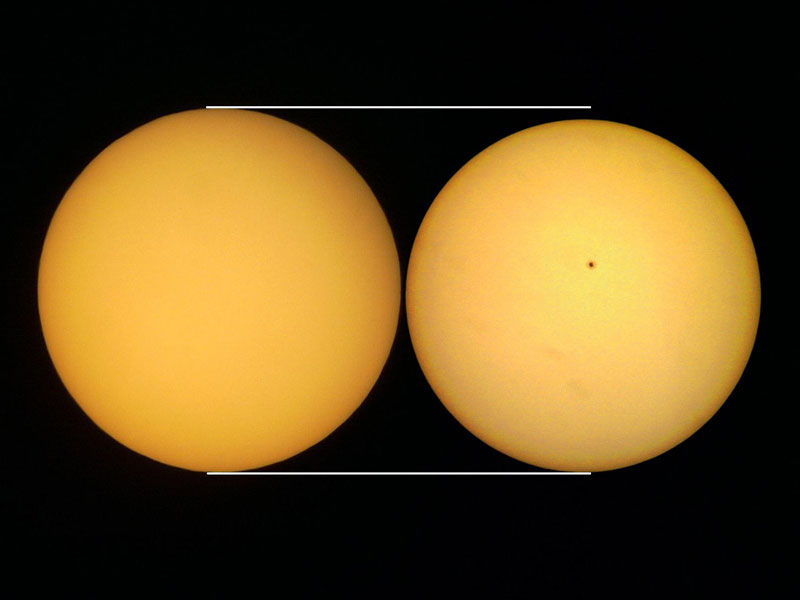 Explanation: When is the Sun most distant from Earth? It happened again just this past weekend. A common misconception is that the Sun is most distant during the winter, when it's the coldest. In truth, however, the seasonal temperatures are more greatly influenced by the number of daylight hours and how high the Sun rises. For example, during northern winter, the tilt of the Earth causes the Sun to be above the horizon for a shorter time and remain lower in the sky than in northern summer. The picture compares the relative size of the Sun during Earth's closest approach in January (northern winter) on the left, and in July (northern summer) on the right. The angular size of the Sun is noticeably smaller during July, when it is farther away. If the Earth's orbit was perfectly circular, the Sun would always appear to be the same size. These two solar images were taken from Spain during 2006, but the same effect can be seen in any year from any Earth-bound location.