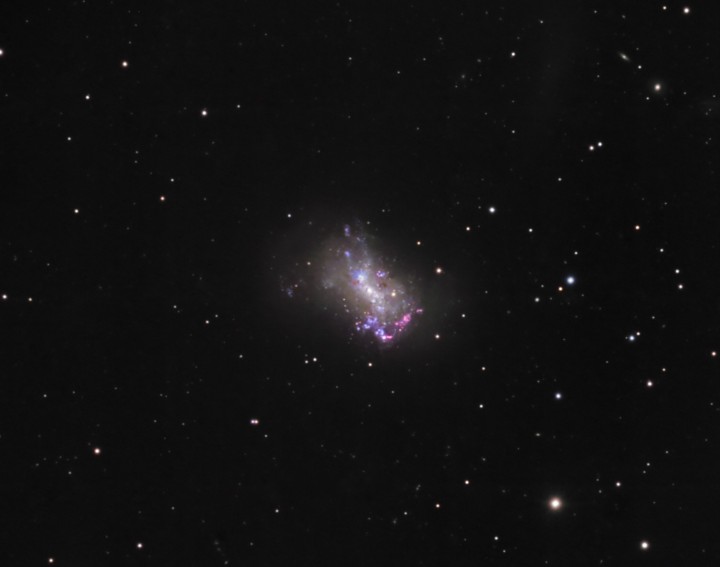 Explanation: Grand spiral galaxies often seem to get all the glory. Their newly formed, bright, blue star clusters along beautiful, symmetric spiral arms are guaranteed to attract attention. But small irregular galaxies form stars too, like NGC 4449, located about 12 million light-years away. The well-studied galaxy is similar in size, and often compared to our Milky Way's satellite galaxy, the Large Magellanic Cloud (LMC). This lovely color image shows NGC 4449's general bar shape, also characteristic of the LMC, with scattered young blue star clusters. Near the bottom is the pinkish glow of atomic hydrogen gas, the telltale tracer of massive star forming regions. NGC 4449 is a member of a group of galaxies found in the constellation Canes Venatici. In fact, interactions with nearby galaxies are thought to have influenced star formation in NGC 4449.